Samsung’s Bixby voice assistant launched alongside the company’s Galaxy S8 and Galaxy S8+ smartphones… in South Korea. But it’s taken a bit longer for Samsung to get Bixby to work properly for customers in the United States.

Last month the company launched a Bixby Early Access program for US English speakers. And now Bixby is finally available for anyone using a Galaxy S8 series phone in the US. 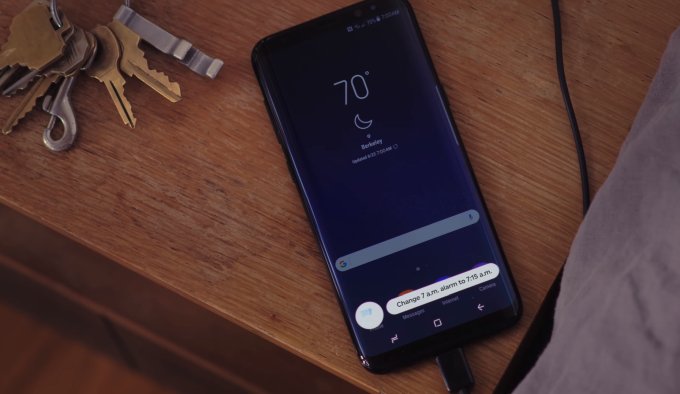 Bixby isn’t the only voice assistant on Samsung’s phones: you also get Google Assistant software which you can use to get answers to questions, conduct search results, set reminders, and more. But Bixby extends those capabilities by letting you control your phone’s core functions with your voice.

For example you can snap a photo, toggle the flashlight, or search for pictures. Samsung’s built-in apps also support Bixby voice controls, and the company is hoping developers will bring Bixby support to third-party apps as well, allowing you to fully control your phone with just your voice (although I think that’s going to be a challenge for some games and other applications that rely on touch input for more than just scrolling or selecting).

Anyway, at the very least this means that the dedicated Bixby button on the side of Galaxy S8 and Galaxy S8+ phones has a purpose now… if you’re a native US English or Korean speaker.