Samsung already offer a virtual reality headset in the form of the Samsung Gear VR. But that headset is basically a high-tech holder for a Samsung smartphone, which supplies the display and processing power.

The company’s been working on a standalone headset that doesn’t require you to dock and undock your phone every time you use it… and which could also have some features that would be difficult to implement on a phone-based system.

Now we have a look at what appears to be an early version of Samsung’s all-in-one headset, thanks to Visual Camp, a company that’s developed eye-tracking technology used in the device. 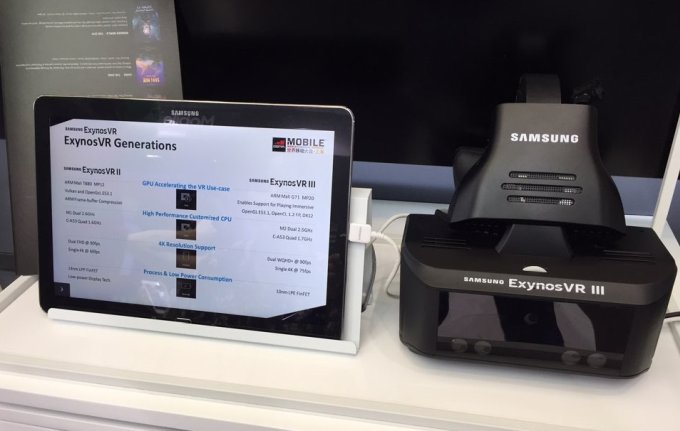 The Exynos VR is a headset with a built-in display, a smartphone-like processor, and all the other tech you need for virtual reality applications.