RED plans to launch its first smartphone in 2018. The company, which is best known for its high-end cameras for filmmakers, isn’t providing detailed specs yet, but the company promises that the upcoming RED Hydrogen One will have some rather unusual features.

For instance, it features a 5.7 inch “holographic display” that will let you view 3D or “holographic multi-view” content in landscape and portrait modes without wearing any special glasses. And the Hydrogen One will support modular accessories that extend the phone’s functionality over time. 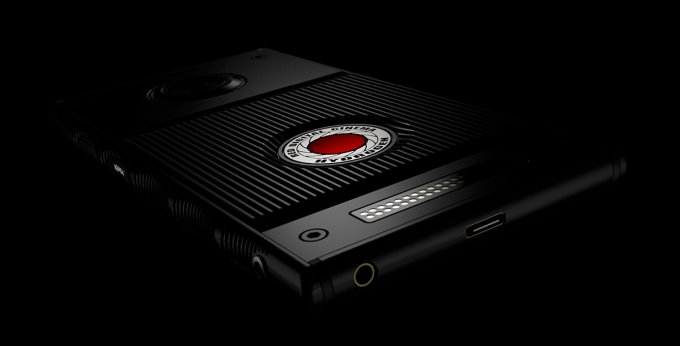 The entry-level price is for a model with an aluminum body. You can also pay $1,595 to reserve a titanium version. There’s no word on whether anything other than the case materials will differ between the two versions.

While RED isn’t spilling the beans on traditional phone specs like display resolution, processor, memory, or storage, here’s what the company does have to say about the Hydrogen One:

That last bit is probably the true selling point for the camera. In case the price tag wasn’t a dead giveaway, it’s unlikely that RED expects this to be a mass market product. Instead it’s designed for the company’s existing customers, and maybe for some potential new ones.

That said, it seems like RED plans to offer some high-quality camera features on the phone itself. While we don’t know much about the built-in camera yet, RED says a “new high speed data bus” enables support for modular attachments “for shooting higher quality motion and still images,” among other things.

Oh, there are two traditional phone specs the company has confirmed: the RED Hydrogen One has a USB Type-C port and a microSD card slot. The single image released by RED also seems to show a headphone jack, and a multi-pin connector that looks a bit like the one you’d use to add accessories to a Moto Z phone… but with more pins.

6 replies on “RED Hydrogen One smartphone coming in 2018 with modular features, “holographic display””