The Nextbit Robin smartphone launched in early 2016, offering a distinctive design, an unusual method for leveraging cloud storage, and specs that are very similar to what you get from a Google Nexus 5X (give or take).

Normally I’d say you shouldn’t do that… because the phone is more than a year old, the phone maker was acquired by Razer earlier this year, and the company just confirmed that phone and chat support ends on July 31st (although security updates should continue rolling out until Feb, 2018).

But here’s the thing: there’s actually a pretty robust independent developer community building custom ROMs for the phone. So even after Nextbit stops providing security and software updates, you’ll probably be able to keep running up-to-date software on this phone for months or years longer… assuming you’re willing to jump through a few hoops. 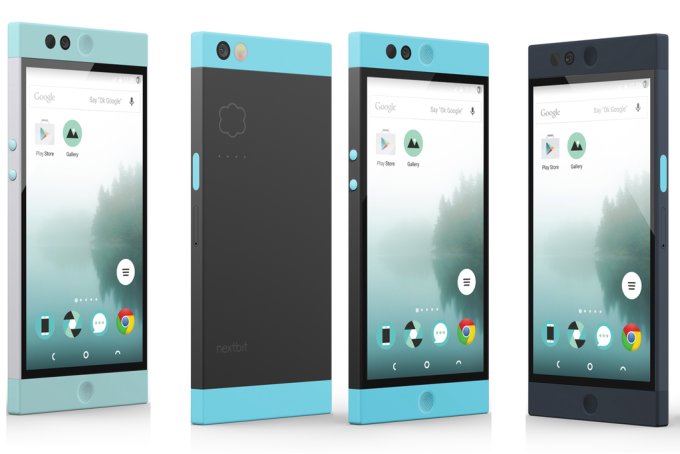 As Android Police recently pointed out in a re-review of the phone, it was a premium mid-range device last year, but now that it’s got a budget price tag it outshines most new phones in its price range when it comes to performance.

It’s basically like getting a Nexus 5X with an extra 1GB of RAM, an inferior camera and fingerprint sensor, and display with colors that aren’t quite as well calibrated.

Overall, it’s a pretty great budget smartphone with a pastel-colored case and a slightly modified version of Google Android. The biggest change is that customers get 100GB of cloud storage, and the phone can automatically backup infrequently used apps to the cloud, freeing up space on your phone. When you need to use the app again, just tap the placeholder icon on your phone and it’ll download and run, with all of your data and settings intact.

It’s unclear how long that cloud feature will work after official support for the phone is shut off. But even without that special feature, $110 is a pretty great price for a phone with this kind of hardware.

And at this point the most important thing may be the fact that the phone is super easy to hack. You can unlock the bootloader, install custom recover, and load custom ROMs.

And there are a bunch of excellent choices for ROMs. There’s an official version of LineageOS for the phone. The Nextbit Robin is one of the few phones that has an official build of the new version of Paranoid Android. Other popular ROMs include Resurrection Remix, Omni, and AICP.

Sure, installing a custom ROM and keeping it up to date isn’t quite as user-friendly as running stock software that’s updated by your device maker. But for folks willing to jump through the hoops for a well-supported device like the Nextbit Robin, you get the benefit of more frequent updates that will probably keep coming for a longer time.

Honestly, if I didn’t already have a Nexus 5X and a bunch of cheap phones lying around that I could use as spares, I’d be tempted to pick up a Robin even though official support is ending.

3 replies on “Nextbit Robin support ends July 31, but the phone might still be worth buying”