Smartphones that run Windows may not be very popular these days, but you can get a taste of Microsoft on iOS or Android by installing some of the company’s apps for those platforms, including Cortana, Bing, and Office. Up until recently, iPhone users could even install Microsoft’s Word Flow keyboard to get a typing experience that’s pretty close to what you’d have on a Windows phone.

But it looks like Microsoft is pulling the plug on Word Flow, instead suggesting that iPhone users who want an up-to-date keyboard app switch to SwiftKey. The move’s not a huge surprise: Microsoft acquired SwiftKey earlier this year. 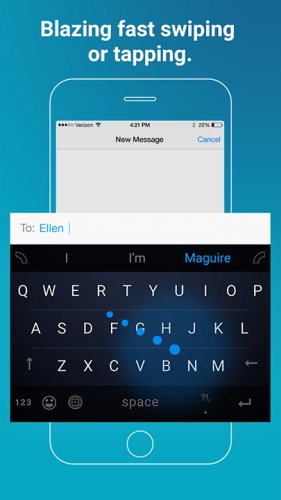 Still, it represents a shift in strategy. Word Flow represented an effort to bring a feature developed in-house at Microsoft to other platforms. SwiftKey was a third-party app for iOS and Android that Microsoft acquired.

If you were planning to trade in your Windows phone for an iPhone and install a suite of Microsoft apps to make the transition a bit more comfortable… well, I guess that’s too bad.

That said, Windows fans jumping ship don’t exactly present a huge market opportunity. So it probably makes more sense for Microsoft to streamline its efforts, and focusing on the already-popular SwiftKey app is one way to do that.