Within the next 10 years, you might be able to put on a hat that can read your thoughts and turn them into commands or send them to others. At least that’s what Openwater founder Mary Lou Jepsen tells CNBC.

She and her team are working on technology that does the same thing as a big, expensive MRI… but in a compact device that you can wear like a knitted cap.

By making a cheaper, wearable, portable alternative to a traditional MRI system, Openwater could unlock all sorts of new medical applications. But that may just be the beginning: a wearable brain monitor could be used as a brain-computer interface, effectively creating telepathy through technology. 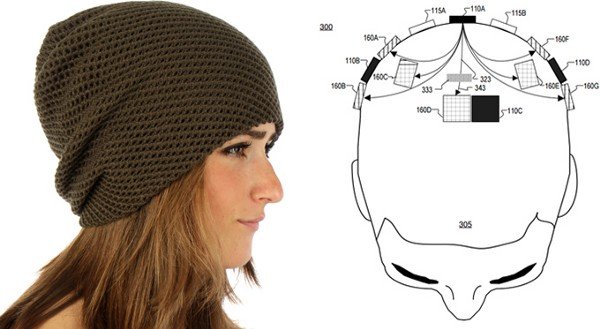 By reading brainwaves, the hat could theoretically allow you to do all sorts of different things, such as:

It all sounds pretty ambitious, and probably requires more than just new hardware that uses infrared light to measure changes in your brain, but also software to translate those detected changes into words or other actions.

But Jepsen has a history of working on ambitious products.

She was co-founder of the One Laptop Per Child organization that aimed to bring cheap, durable laptops to developing nations and which may have accidentally helped spark the short-lived netbook fad. She moved on to fond Pixel Qi, a company that developed sunlight readable, low-power displays. And from there she went to work at Google X and then Facebook, where she worked on the Oculus VR team.

Much of Jepsen’s prior work has been related to display technology… and actually, so is her new project: OpenWater’s system lines the inside of a hat or bandage with a series of LCDs and body temperature detectors.

Right now Openwater isn’t providing all that many details about how its system works, but according to the company FAQ, once it’s filed for patents the organization plans to publish peer reviewed proof that the system works as promised.