Intel hasn’t announced a firm launch date for its 8th-gen Core chips yet, but last we’d heard they were on schedule to hit the streets by the end of the year. And it’s looking more and more likely that we’ll see the first laptops with Intel “Coffee Lake” chips unveiled this fall at the IFA trade show in Germany, if not sooner. 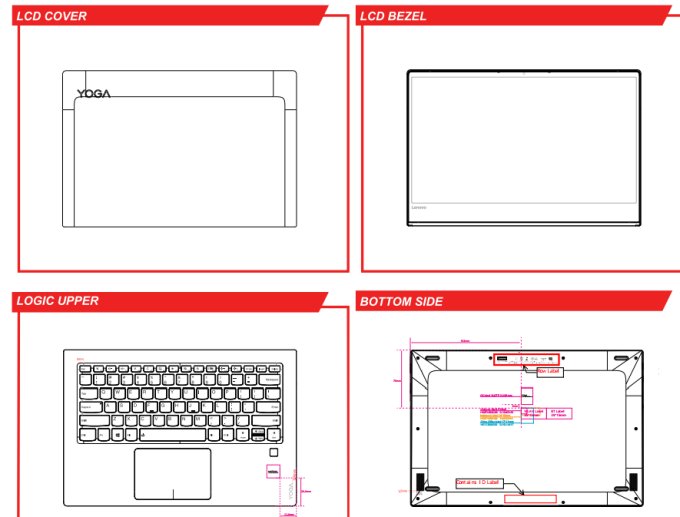 The Yoga 920, which showed up recently at the FCC website, would be the latest member of Lenovo’s Yoga 900 series of high-end convertibles. In addition to the next-gen processor, it’s expected to to have an active digitizer with support for digital pen input, a fingerprint reader, support for up to a 3840 x 2160 pixel display, up to 16GB of RAM, and up to 1TB of solid state storage.

The notebook has a 13.9 inch display, JBL speakers, two USB Type-C ports, and a charger that plugs into one of those ports.

It’s likely that an entry-level model will have “just” 8GB of RAM, 256GB of storage, and a 1920 x 1080 pixel display, much like the current-gen Lenovo Yoga 910, which sells for $1199 and up. In fact, if Notebook Italia’s report is accurate it looks like the new model is a pretty modest update to the Yoga 910, with the new CPU options being the most noteworthy change.