Snail Mobile has been showing off smartphones that looks like handheld game consoles for the past few years. But so far the Chinese company’s phones haven’t been sold in the West.

When I caught up with Snail at the Consumer Electronics Show in early 2015, I was told that the company did plan to offer its phones in the United States, but as far as I’m aware that never happened.

Now the company tells Engadget’s Richard Lai that it’s latest phone is destined for an international launch. I’m still not holding my breath for a formal US release… but I suspect you’ll be able to buy one from an international reseller like Gearbest, GeekBuying, or ChinaVision eventually. 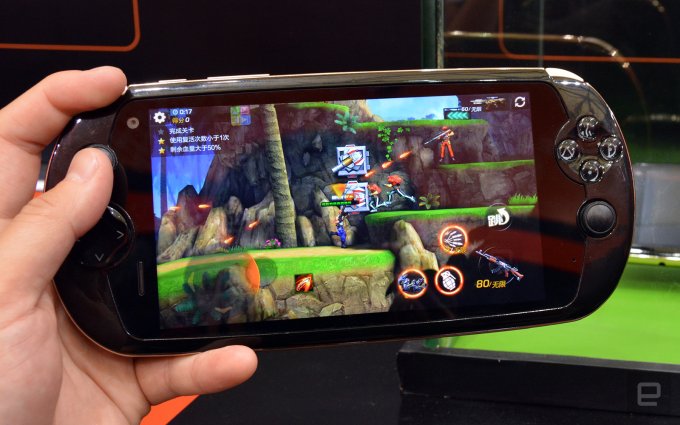 If that happens, here’s what you can expect from the new phone/handheld game device that’s awkwardly (and misleadingly) named the Snail Mobile i7:

But the standout features are the two analog sticks, D-pad, and A,B,Y,X buttons which allow you to play games without touching the display. While not all Android games are designed for non-touch devices, these buttons should help make the system a decent option for playing classic console games in an emulator.

Holding the phone up to your ear to actually make calls might not be super comfortable though.