Apple’s first smart speaker is coming later this year, but the company has released an early build of the HomePod’s firmware, possibly by accident. And developers have started digging into it… and finding surprising things, such a details about the upcoming (and unannounced) iPhone 8.

For example, it looks like Apple’s newest iPhone will features a 2436 x 1125 pixel display, support for using facial recognition to unlock the phone, and virtually no bezels… unless you count the cut-out for the front-facing camera and other sensors at the top of the phone. 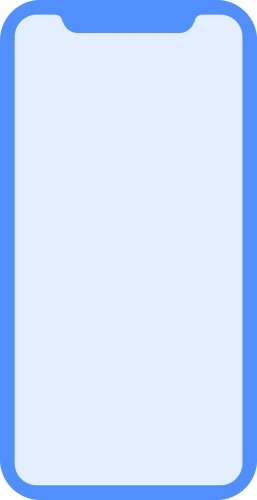 According to software developers Steve Troughton-Smith and Guilherme Rambo, it looks like the new face recognition feature is codenamed “Pearl ID,” and uses infrared cameras so that it works even in the dark.

The new phone, which is assumed to be the iPhone 8, is apparently codenamed “D22.”

The lack of a bottom bezel on the phone suggests that Apple will either use an under-glass fingerprint sensor so that you can unlock the phone by pressing a finger to a certain part of the display, or that the company has moved the sensor to the back of the phone, which seems less likely (unless the company is dissatisfied with the current state of under-glass sensors).

Apple wouldn’t be the first company to take either approach. Chinese phone maker Vivo has already shown off a model with an under-glass sensor, and a number of Android phone makers have fingerprint readers on the back of their phones.

Apple also wouldn’t be the first company to introduce a phone with a “bezel-less” display and a cut-out for the camera. The Essential Phone has a similar design, although the camera area is smaller (but still big enough that Essential may have come up with a kludgy solution to ensure that the cut-out doesn’t interfere with Android apps: a huge status/navigation bar).

But since Apple controls both the hardware and the operating system for its devices, there’s reason to think that the company’s implementation will be a little more elegant than a big navbar.