Google’s second-generation Pixel smartphones will likely be unveiled this fall. But details about the phone’s hardware have been leaking for months.

Now Android Police has published what the site claims is the first accurate picture of what the phone will look like when it ships. 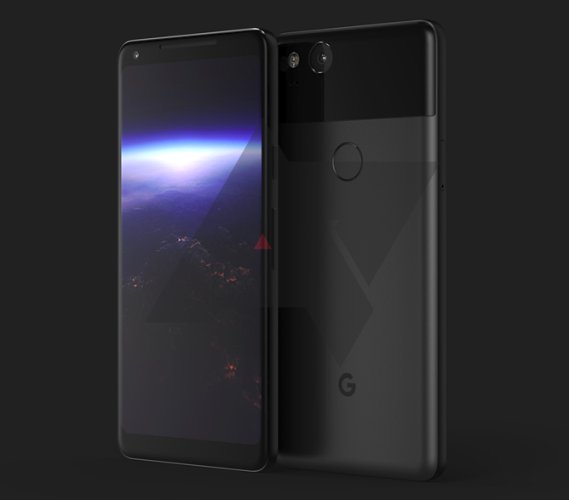 The picture is a rendering “based on information from sources we deem extremely reliable,” and it allegedly shows the phone that’s code-named “Taimen.”

It’s said to be manufactured by LG, and the picture shows a phone with slim top and bottom bezels, and slightly curved sides that give the left and right edges of the phone the same sort of bezel-less look that you get with the Samsung Galaxy S8.

The phone is expected to feature a 6 inch display with a 2:1 aspect ratio. Thanks to those slim bezels, the phone probably won’t be much larger than the original Pixel XL, which has a 5.5 inch display.

One surprising new feature? Android Police reports that Google’s new large-screen phone will have pressure-sensitive sides, allowing you to squeeze the phone to perform certain functions. That’s a feature that first debuted on the HTC U11 squeezable smartphone.

In a lot of ways, this seems like a premium phone that… doesn’t break a lot of new ground. But it grabs some of the best ideas utilized by other phone makers in the past year. It has the ultra-wide display and slim bezels of an LG G6 or Samsung Galaxy S8. It has the squeezable sides of an HTC U11. And it has a design that’s reminiscent of the HTC/Google-built Pixel and Pixel XL from last year, while still incorporating those new ideas.

What remains to be seen is when the phone will launch, how much it will cost, and even what it will actually be called. Is this the Pixel XL 2? Maybe it’s the Pixel 2 XL. Or it could be called something else altogether.

But based on Android Police’s track record, there’s a good chance it’ll look a lot like the picture posted above… unless Google’s plans change by this fall.