Put on a headset, glance at the table in front of you, and play a game of Star Wars-style HoloChess, with moving characters. Or pick up an accessory that looks like a light saber handle, and watch it come to life as you do battle in your living room.

That seems to be the idea behind the upcoming Star Wars Jedi Challenges system, which Disney unveiled at the company’s D23 event this weekend.

And by “unveiled,” I mean, didn’t tell us very much about at all. 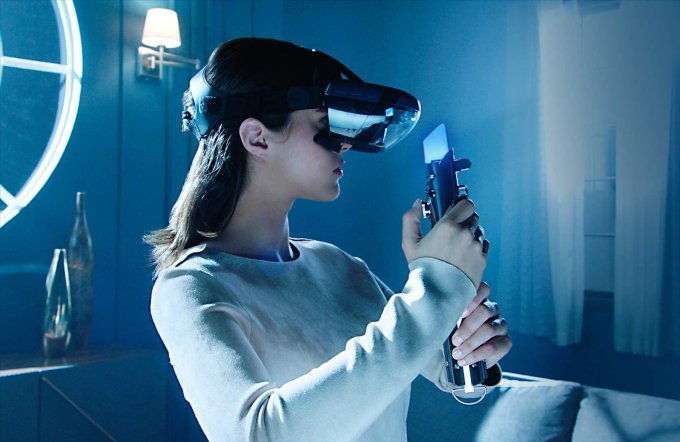 Here’s what we know: Lenovo and Disney are working together on the project, and it’s said to be “coming soon” to Best Buy and Lenovo.com.

The system runs apps downloaded to your smartphone, and it seems like your phone sits inside the headset and functions as the display as well, which suggests that the headset may have a price tag closer to the Samsung Gear VR ($130) than the HTC Vive system ($800). But it also means you should probably temper your expectations when it comes to graphics and performance… and it also raises the question of how good the augmented reality experience will be.

While Apple’s ARKit shows that modern phones can do a pretty impressive job of overlaying virtual objects on real-world environments using nothing but a smartphone with a decent camera, most phone-based headsets to date have focused on virtual reality rather than augmented reality (meaning that you only see virtual items on your phone’s display rather than a mix of real and virtual items).

There’s no word on an official release date for Star Wars Jedi Challenges.

via Polygon, Engadget, and VentureBeat