After making its debut at the Consumer Electronics Show in January, Dell’s Latitude 7285 2-in-1 tablet is now available. As expected, it’s the company’s first 12 inch Windows tablet with optional support for wireless charging.

Here’s how it works: the tablet supports a detachable keyboard, and you can opt for either a standard “productivity keyboard” or “wireless charging keyboard.”

If you choose the latter option, then you you can drop the keyboard on top of a charging pad without plugging in any wires to top off the battery.

Prices start at $1200 for the tablet, but you’ll have to pay extra for the keyboard, charging mat, or other accessories. 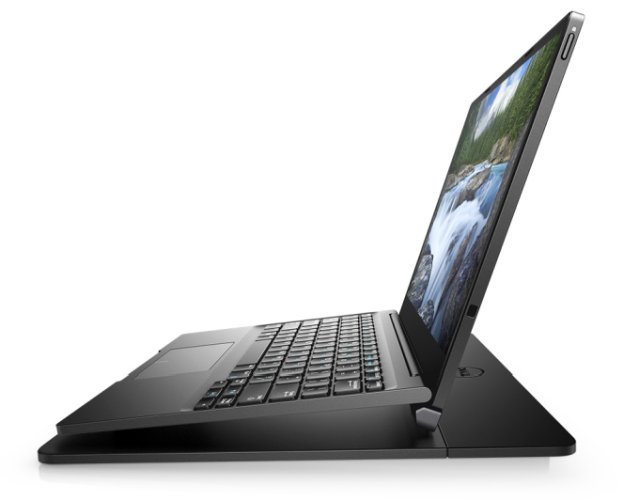 Both the productivity keyboard and the wireless charging keyboard feature full-sized, backlit keys.

The tablet measures 10.8″ x 8.2″ x 0.28″  and weighs about 1.5 pounds. Add the productivity keyboard and the combined weight goes up to 3 pounds. Dell hasn’t provided weight details for the wireless keyboard yet.

with a detachable keyboard to feature support for wireless charging.

Just place the keyboard on top of the charging pad, and electricity will be delivered to the computer, charging the tablet first, and then the keyboard (they both have their own batteries).

Dell charges $1200 for a model with a Core i5-7Y54 processor, 8GB of RAM, and 128GB of storage. The productivity keyboard (without wireless charging) will set you back another $250.

Want wireless charging? You’ll have to pony up $550 for the Wireless Charging Keyboard + Charging Mat, or you can pay $380 for the keyboard and $200 for the mat if you’d rather buy them separately for some reason.