The BLU R1 HD is an entry-level smartphone that launched last year for about $100 and up. It was also one of the first phones available as an Amazon Prime Exclusive, which means you can still buy the phone for as little as $50 if you’re willing to put up with ads on the lock screen and in the notifications.

Possibly the most surprising thing about the phone is that it doesn’t stink, despite the low price tag… although it’s probably worth spending an extra $10 on a model with 2GB of RAM and 16GB of storage, which is twice as much as you get with the $50 model.

Earlier this year BLU added a 5.5 inch model with better specs called the BLU R1 Plus. It currently sells for $158.

And now it looks like the company is getting ready to update the family with two new BLU R2 smartphones.

Update: The phones are now available for purchase. 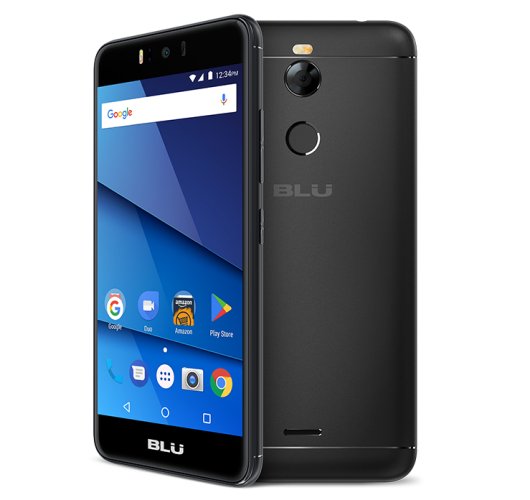 An entry-level BLU R2 smartphone features 1GB of RAM, 8GB of storage, and HSPA speeds. But there’s also a BLU R2 LTE with 2GB of RAM, 16GB of storage, a 13MP camera, and… you guessed it, 4G LTE support. A 3GB/32GB option also seems to be in the works.

Update: BLU has updated its spec sheets: the cheaper phone features an MT6580 processor and Mali-400 graphics, while the 4G model has an MT6737 chip with Mali-T720 graphics.

For the most part the new BLU R2 phones seem like modest updates to the 2016 BLU R1 HD. They have bigger batteries, slightly bigger screens, slightly faster processors, and the same amount of memory and storage.

So the best reason to opt for the new R2 series phone may be that they ship with Android 7.x Nougat.

There’s no word on whether the BLU R2 or BLU R2 LTE will be part of the Amazon Prime Exclusive program. But if they do join the Prime Exclusive family, they’ll have to compete with a growing number of discounted handsets from Alcatel, Motorola, and Nokia.