Asus has a new smartphone with a 5.5 inch full HD display, a Qualcomm Snapdragon 400 series processor, 2GB of RAM, 16GB of storage, and a price tag of around $235. But the most interesting thing about the Asus Zenfone 4 Max is probably its battery.

The phone sports a 5,000 mAh battery that the company says should power the phone through up to 22 hours of video playback or 40 hours of talk time (on a 3G networks)

Asus has posted a product page for the Zenfone 4 Max on its Russian website, and the phone is expected be available in that country soon for a starting price of 13,900 ₽ (about $235). 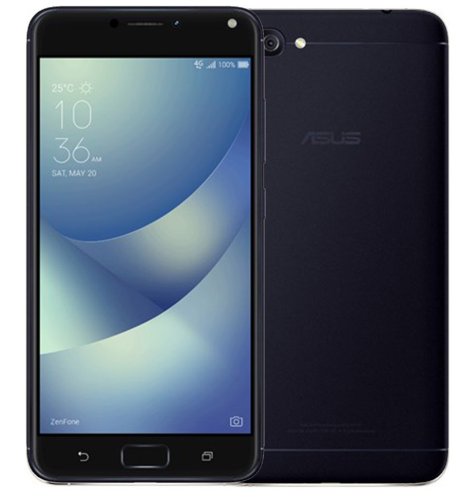 There’s no word on if or when the Zenfone 4 Max will be available in other regions, but it’s interesting that the phone is available anywhere, since it seems to be launching before other members of the Zenfone 4 family. We know that at least a few other models are on the way, but Asus has yet to formally introduce them.

The Max in the Zenfone 4 Max name presumably comes from the big battery. While there was certainly a time when phones with 5.5 inch displays were considered big, phablet-sized devices, these days that’s a pretty typical screen size for a smartphone.

The Asus Zenfone 4 Max supports fast charging, allowing you to get up to 3 hours of talk time from a 15 minute charge. But the battery is big enough that it takes 4 hours to fully top it off. Once the battery is charged though, you can use the phone as a power bank — it will supply power to other devices.

The phone features dual SIM support and has a separate slot for a microSD card (which means you can use removable storage and two SIM cards at the same time, unlike some phones which have a shared slot). It has a 13MP rer camera with support for electronic image stabilization, an 8MP front-facing camera, a mono speaker, 802.11n WiFi, Bluetooth 4.1, FM Radio, and 4G LTE support. And there’s a fingerprint sensor built into the home button.

While there’s a 3.5mm audio jack, which isn’t exactly a given these days, the phone also has a micro USB port rather than a newer USB Type-C connector. And the biggest down side (for some users, at least), will be that the Zenfone 4 Max comes with the Asus ZenUI user interface and suite of apps running on top of Android 7.0.

Asus will offer models with 2GB to 4GB of RAM and with either a Snapdragon 425 quad-core processor featuring Adreno 308 graphics or a Snapdragon 430 octa-core chip with Adreno 505 graphics.