The $180 Amazon Echo is still probably the best smart speaker powered by Amazon’s Alexa Voice Service, while the $50 Echo Dot is the cheapest. In between is the $130 Amazon Tap, which is bigger than the Dot, smaller than the Echo, and battery-powered, making it the only truly portable model in Amazon’s current lineup.

And today it’s on sale for $70. That’s actually the price for a refurbished model, but since it’s an Amazon certified refurbished device it comes with the same 1-year warranty as a new model. 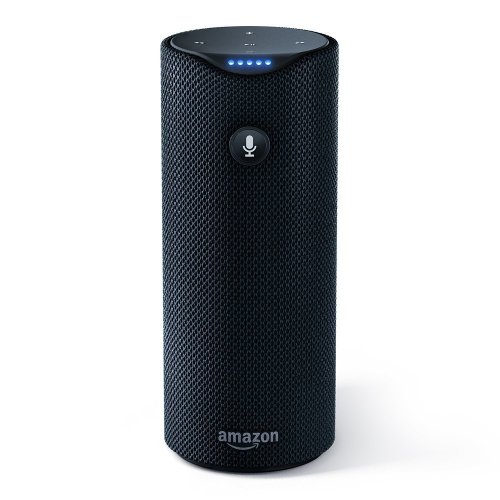 One feature that the Amazon Tap lacked until recently was an always-listening mode that allowed you to use the speaker through voice commands alone. In fact, it gets its name from the button you have to tap before speaking.

But earlier this year Amazon added a hands-free mode that gives you the option of using an Amazon Tap the same way you would an Echo or Dot.

All you need to do is open the Alexa app on your phone, find your device, and toggle hands-free mode.

Keep in mind that the always-listening feature will take a small toll on battery life: Amazon says the speaker gets up to 9 hours of battery life with hands-free mode turned off, but only 8 hours when it’s enabled.

Of course, part of the appeal of the Tap for some folks is the fact that the speaker isn’t always listening for you to say the “Alexa” keyword. Sure, tapping a button before talking is a bit less convenient, but it’s also a bit less creepy than having a microphone that’s always listening, even if Amazon says no data is sent to its servers until you say “Alexa.”

So it’s nice that the new hands-free mode is still optional. And even when it’s enabled, you can mute the microphone by holding the play/pause button for 3 seconds so that the Amazon Tap won’t respond to the wake word until you press the button for three seconds again.