The Windows Task Manager lets you keep an eye on CPU, memory, and disk usage as well as your computer’s Ethernet, WiFi, and Bluetooth performance and stats. But one feature that’s been notably absent from the performance tab is the graphics processor.

That will change soon though. Microsoft’s latest Windows Insider Preview build adds a GPU tab to the Task Manager. The feature will likely roll out to all users in a future update to Windows 10. 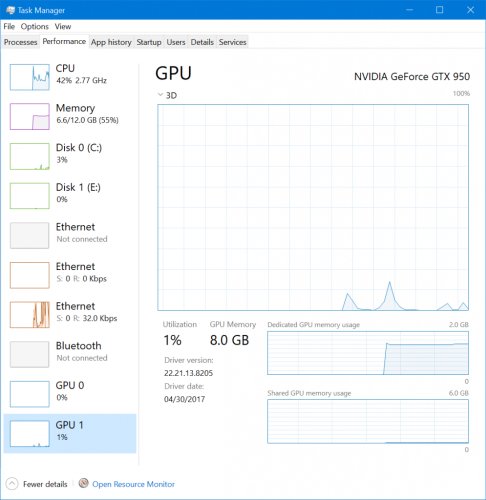 Computers with dedicated graphics processors will display GPU utilization and memory usage in the Performnace tab. And if you select the Details tab, you’ll see GPU stats for each process that’s leveraging your computer’s graphics processor.

This is just one of many new features in Windows 10 Insider Preview Build 16226 for PC. Some others include:

You can find a longer list of new features, bug fixes, and known issues at the Windows blog.