Microsoft’s Windows operating systems for phones, PCs, Xbox, and even Hololens share a lot of DNA under the hood. But going from a Windows notebook to a Windows phone isn’t entirely seamless, since there are some key differences in the user interface.

But Microsoft is working on a new “shell” that would basically bring the same user interface to every device that runs Windows 10 software. The project is called CShell, and we first heard about it earlier this year, but Microsoft never confirmed its existence.

Now, thanks to a leaked build of Windows 10 for phones that Microsoft accidentally pushed to users recently, Windows Central got an early look at how CShell makes Windows phones act more like Windows desktops. 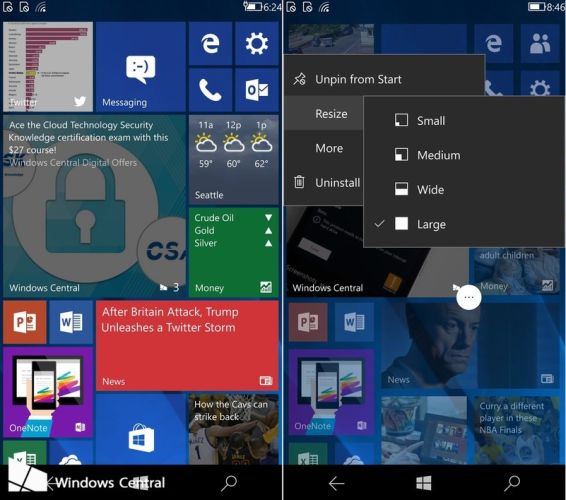 At first glance, the Start Screen on a Windows Phone with CShell looks a lot like earlier versions of the Start Screen. But it behaves more like the Windows 10 Start Menu.

Under the hood, the operating system is still the mobile version of Windows, so the Settings menu is for phones, and you’re still limited to running Universal Windows Platform, apps.

There’s also support for landscape mode, and perhaps the most exciting thing is that if you use a phone that supports Continuum functionality, you now have the same Windows 10 desktop-style start menu on an external display and support for app windowing. 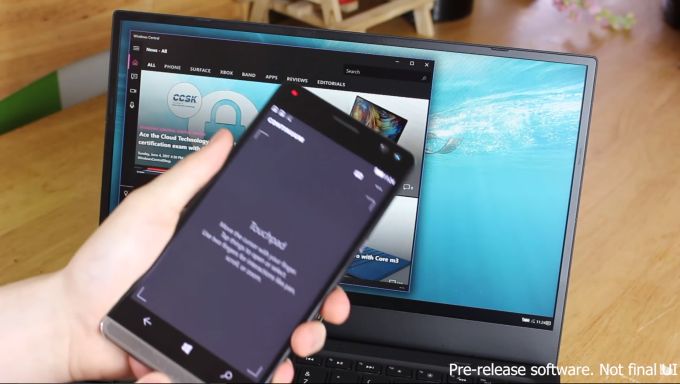 Previously you could only run apps in full screen mode when using Continuum for phone. Now you can resize apps, move them around the screen, and view multiple apps in split-screen, tiled, or other views.