The company behind the popular Ubuntu Linux operating system may have given up on Ubuntu for phones and tablets. But as expected, third-party developers are picking up where Canonical left off.

UBports was originally founded to port Ubuntu to devices that weren’t originally supported by Canonical. Now that Canonical doesn’t really support any of those devices anymore, UBports is picking up the slack.

Development is still in the early stages, but at this point any phone that shipped with Ubuntu Touch software can now be updated to run an UBports build. 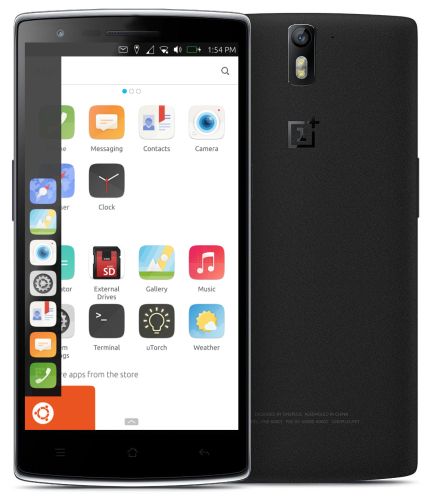 Keep in mind that flashing an UBports built right now means wiping the data on your device, so proceed with caution. Eventually there are plans to offer tools that make it easier to flash a new ROM without losing any data, but it’s not ready to go just yet.

The team is also working on a new assisted-GPS service that will work with is Ubuntu Touch builds. Phones that shipped with Ubuntu featured Nokia’s HERE Maps service, but since UBports doesn’t have a license to include that software, the team is working on a new system that uses Mozilla Location Services.

In other words, the goal is to make sure you can continue using any Ubuntu phone even after Canonical ends official support (which is happening this month). Eventually we could also see changes made to the underlying code as well as new apps and features.

But it’s worth keeping in mind that while UBports has been raising money for the project, the team lacks the resources Canonical had. So don’t expect development of new features to come at a rapid pace. On the other hand, a small, independent team that’s working on nothing but Ubuntu-based phone software can set a lower bar for success.

When Canonical got its software on about a dozen phone models and captured a really, really tiny share of the smartphone market it was hard not to see the project as a failure. But if a few hundred or a few thousand loyal fans adopt this independently developed and maintained software, that might be enough to keep the UBports effort going.