The newest member of the Moto Z family of smartphones with support for MotoMod accessories is here, and it’s an updated model of last year’s popular Moto Z Play.

The Moto Z2 Play is thinner and lighter than the original Moto Z Play, and it features a Qualcomm Snapdragon 626 octa-core processor which should also offer better performance.

But Motorola sacrificed some battery power to get that thinner & lighter design: the new model has a 3,000 mAh battery for up to 30 hours of run time, compared with the estimated 50 hours of battery life offered by the 3,510 mAh battery in the first-gen model. 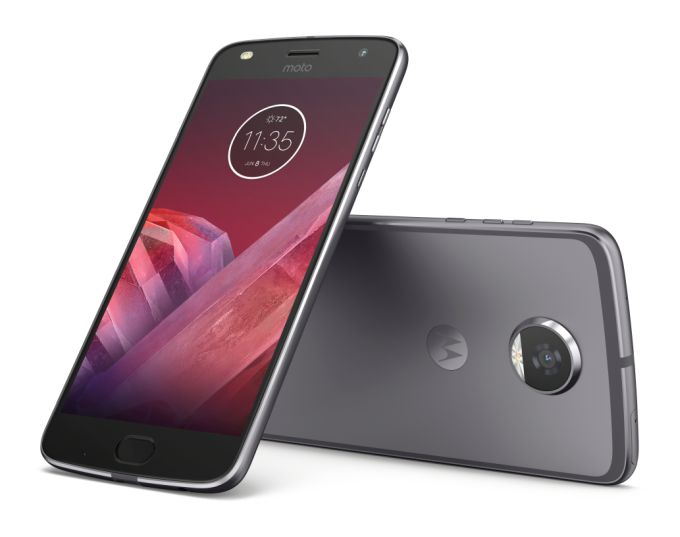 But this is still an upper mid-range device rather than a premium phone. It has dual-band 802.11n WiFi support, but lacks 802.11ac compatibility and it ships with a mid-range Snapdragon 600 series chip instead of the top-of-the-line Snapdragon 835 processor.

While the new phone won’t offer the same crazy-long battery life as its predecessor, the Moto Z2 Play does support fast charging. Motorola says you should be able to get up to 8 hours of battery life from a 15 minute charge or refuel the battery to 50 percent in 30 minutes.

The Moto Z2 Play launches today in Brazil. It’ll be available in the US from Verizon or unlocked from Motorola.com this summer for $499.

Or you can just buy last year’s model for $449 and get a free JBL Sondboost Speaker Moto Mod when you use the coupon code FREESOUNDBOOST. The older phone has a similar display, a Snapdragon 625  processor, 3GB of RAM, 32GB of storage, and a bigger battery.