Motorola added a new Moto Z phone to its lineup today, and while the Moto Z2 Play is an interesting update to last year’s model, the thing that makes all Moto Z phones special is their support for modular accessories called Moto Mods.

And Motorola just unveiled 4 new Moto Mods, including a new speaker module, a battery module, a set of wireless charging modules, and a gamepad. 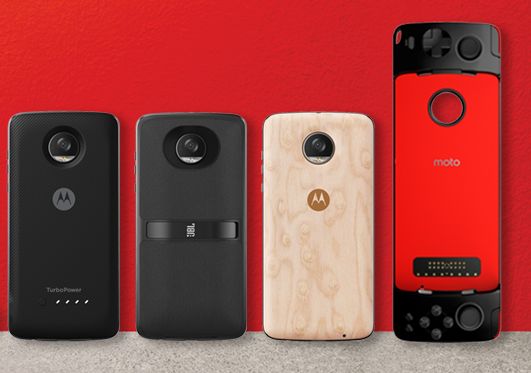 The Moto GamePad attaches to the back of the phone and gives you physical buttons on the left and right sides of the phone, letting you play any games that support controller input without covering the screen with your fingers. 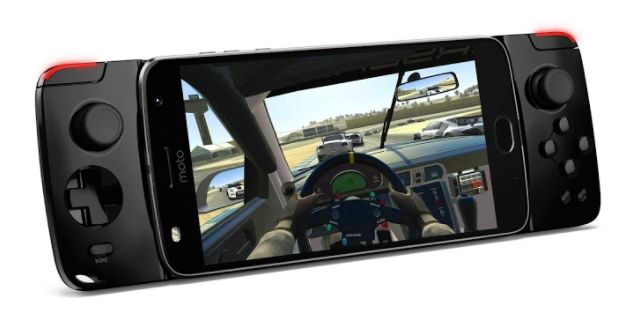 There are dual analog sticks, a D-Pad, and 4 action buttons. And the Moto GamePad has a 1035 battery to give the phone up to 8 hours of additional battery life while you’re gaming.

Motorola’s GamePad will be available this summer for $80.

Note that there are no shoulder buttons. And there are plenty of cheaper gamepads that are designed to work with smartphones. But this should provide a better fit and compatibility with Moto Z phones, thanks to its interaction with the Moto Z docking port.

JBL is also offering an update to last year’s SondBoost speaker mod. The JBL SoundBoost 2 has a water-repellant coating, a 1,000 mAh battery for up to 10 hours of extra run time, and stereo 3 watt speakers.

The new speaker mode is also coming this summer for $80.

Motorola’s new Moto TurboPower Pack is another $80 add-on coming this summer. It has a 3,490 mAh battery and supports fast-charging. So slap it on the back of the phone and you should be able to top off the built-in battery quickly.

While the TurboPower Pack can send a 15 watt current to your phone, you can charge the battery pack itself even more quickly. It has a USB Type-C charging port and works with Motorola’s 30 watt fast charging adapter.

If you’re disappointed that Motorola’s 2nd-gen Moto Z Play has a smaller battery than last year’s model, this Moto Mod might ease the pain a bit.

Finally, there’s a new set of Moto Style Shell panels that let you change the look of the back of the phone… while also adding wireless charging support. 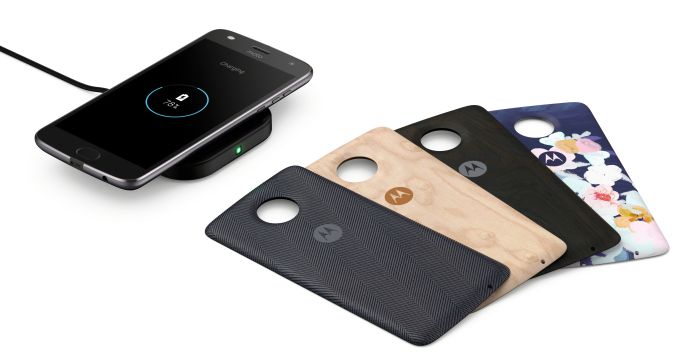 These new Style Shells support the Qi wireless charging standard for up to 10 watts of wireless power transfer.

The wireless charging Style Shells will be available this summer for $40 each.

4 replies on “Moto Z phones get 4 new Moto Mods, including a Moto GamePad”