The last few versions of Microsoft Windows have had built-in support for speech recognition, allowing you to control some PC functions with your voice and to dictate text for input in various applications.

But the service isn’t as accurate as the speech engine that powers the Cortana voice assistant software included in Windows 10. So some of the folks on the Microsoft Garage team cooked up something new: a tool that lets you use the Cortana speech engine to dictate text to Microsoft Office. 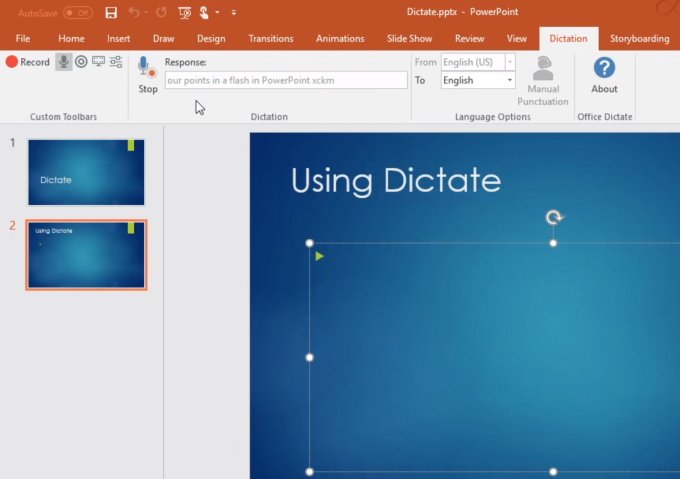 The Office add-in works with Word, PowerPoint, and Outlook and supports dictation in more than 20 languages. You can also use it for real-time translation: for example, talk in English and it can translate to Spanish, or vice versa.

In addition to transcribing your words, Dictate supports automatic or manual punctuation insertion and supports commands including “new line,” “delete,” and “stop dictation.”

Dictate supports 32-bit and 64-bit versions of Office 2013 or later running on Windows 8.1 or later.

Microsoft Garage is an outlet for experimental projects, so it’s unclear whether Dictate will ever become an product that’s officially supported by Microsoft. Maybe it’ll be added to Office one day. Maybe it’ll be abandoned. Or maybe Microsoft will start charging for the Office add-in.

via TechCrunch and Microsoft