The company behind the Remix OS software that transforms Android into a desktop-style operating system have been focusing more on software than hardware over the past year or two. But the company launched a Remix Pro 2-in-1 tablet in China last year, and now the company is opening a beta test for a new tablet called the Jide Remix C1.

While Jide hasn’t announced the official release date or price for the tablet yet, the company is inviting members of its user forum to sign up as beta testers for the new tablet. 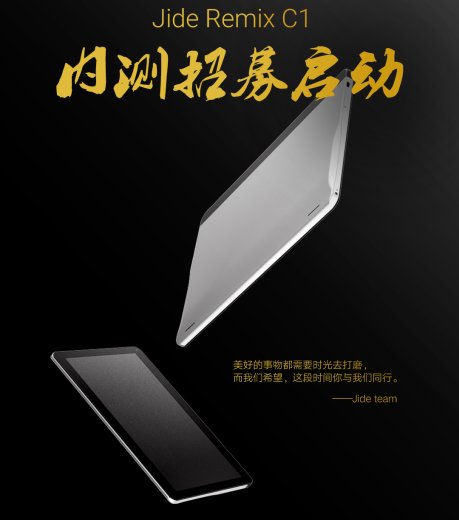 Testers are asked to pay a small deposit (about $75), which will be refunded after the tablet is returned at the end of the test.

Based on the specs, it’s likely that this new tablet will be a cheaper alternative to the Remix Pro, which has a higher-resolution display, more RAM, and a Qualcomm Snapdragon 652 processor.

There’s no word on if or when the Remix C1 will be available outside of China.