I signed up for Google’s Project Fi wireless service at the end of 2016. It’s not necessarily the best wireless network for everyone, but it meets my needs perfectly.

This week Google launched a new quiz that you can take to figure out if Project Fi would end up costing more or less than your current plan and/or if it offers perks that you don’t already get.

But one thing that’s starting to bug me? The only phones that work with Project Fi are recent Nexus and Pixel devices. While I’m a long-time Nexus loyalist, the growing number of $200 – $400 smartphones with strong specs is looking more and more tempting.

But the thing that’s probably going to keep me from jumping ship is the fact that none of those phones work with Project Fi… and it seems unlikely that Google will release a Fi-compatible phone in that price range anytime soon.

Update: But it does look like Project For may begin offering support for mid-range phones from third party partners! 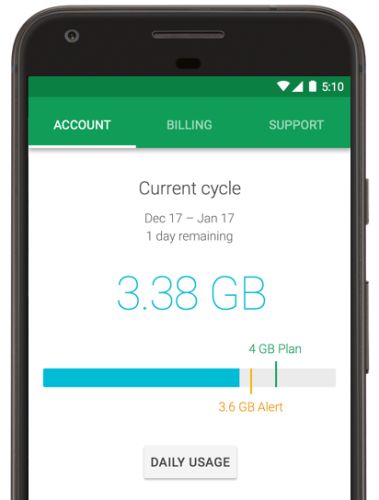 I managed to pick up a $249 Nexus 5X when they were still available, and it works just fine with Project Fi. The phone has a great camera, a decent screen, and I’d generally be pretty happy with it if the Nexus 5X had another gigabyte or two of RAM. While the phone occasionally feels sluggish, my biggest gripe is that some applications will close unexpectedly in the background if I’m doing too much multitasking.

So I’d be tempted to upgrade to a more powerful phone… except I’d rather not buy a Nexus 6P which won’t be supported for much longer (and which has an enormous screen), and I definitely don’t want to spend $649 on a phone.

There’s a good chance Google will drop the price of the first-gen Pixel when the new Pixel phones launch later this year. But unless Google cuts the price in half, I’m not sure I want to make the switch… I’m more likely to switch wireless carriers if I need a new phone and Google doesn’t open up Fi to non-Google phones by then.

That would be a shame though, because there are some things I really like about Google’s phone network:

I made the switch from AT&T/Straight Talk to Project Fi primarily because I wanted to be able to use my phone as a mobile hotspot while I was covering the Consumer Electronics Show in Las Vegas earlier this year. I didn’t expect to save money. I just expected to add functionality.

As it turns out, I’ve saved quite a bit of money. I had been paying $45 per month for “unlimited” data, but I wasn’t actually using very much in a typical month.

Now I pay about $30 – $35 in the average month, since I rarely use more than 1GB of data. Any time I do, I just pay $1 per 100MB. Typically that only happens in months when I go out of town or do a lot of remote work. My first international trip since switching to Fi is coming up, and I’m kind of excited about the prospect of using my phone in another country without buying a new SIM card.

I will admit, I got slightly more reliable coverage with Straight Talk, which connected to AT&T’s cellular network. But the only time I really notice a difference in Philadelphia is when I’m riding the subway: AT&T worked at most stations. Project Fi only works at some stations.

But if my Nexus 5X eventually starts to boot loop or runs into other problems, I’m not sure what I’ll do. 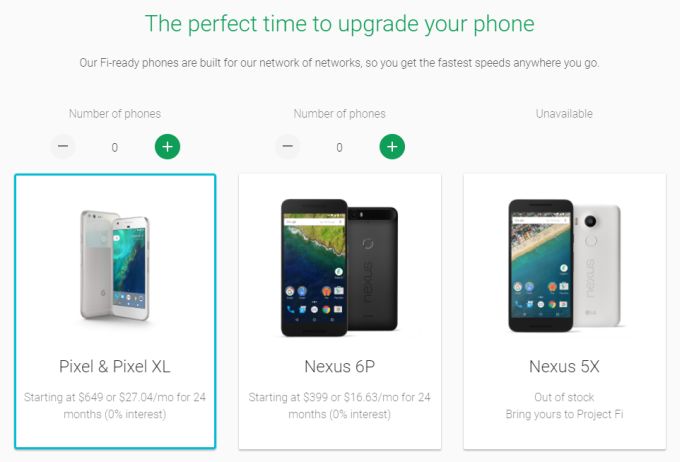 Google says only Nexus and Pixel phones have the hardware to seamlessly switch between WiFi, Sprint, and T-Mobile networks. But there’s nothing stopping Google from working with third-party phone makers to add that technology to their devices.

While I prefer stock Android to the skinned versions most phone makers use, and I love getting monthly security updates directly from Google, I’m not sure I want to pay $600 or more for a phone when you can get great phones for half the price.

The Moto G5 Plus, Moto Z Play, OnePlus 3T, ZTE Axon, and Honor 8 all look like great options. But they don’t work with Project Fi.

So while I’m actually a big fan of using a Google phone with Google’s wireless network, if Google doesn’t offer mid-range options in the future, I might end up leaving both behind.

What about you? Have you tried Fi? Would you be more likely to use it if you could bring a non-Nexus or Pixel phone?