After launching in China earlier this month, the Honor 9 smartphone is spreading to the West.

At an event in Germany today, Huawei subdivision Honor announced that the phone would be available in select markets including the UK, France, Germany, Italy, and Spain, starting June 27th. Unfortunately there are currently no plans for a US launch. 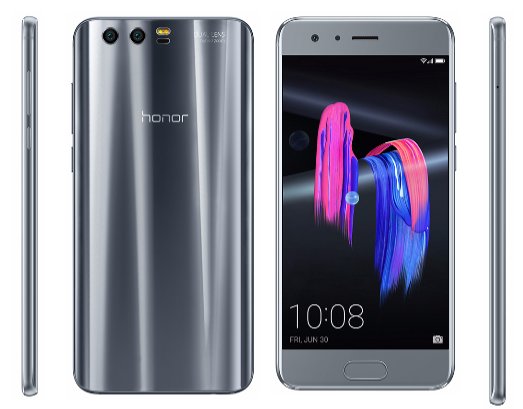 The Honor 9 also features a dual camera system that pairs a 20MP monochrome lens with a 12MP color lens to better capture pictures in low-light, among other things.

The phone can also shoot 4K video, has an 8MP front-facing camera, supports 802.11ac WiFi, Bluetooth 4.2, and NFC, and features a 3,200 mAh battery. There’s a microSD card slot for up to 256GB of removable storage.

The Honor 9 is a follow-up to last year’s Honor 8 smartphone, which also offered high-end specs at a mid-range price. Honor’s new model looks a lot like last year’s phone too, with a metal frame and multi-layered glass back which is made to shimmer as the phone moves.

While the Honor 9 isn’t slated for a US launch, Honor released the following statement about its upcoming plans for the US market:

There are no current plans to bring the Honor 9 to the U.S. Honor innovates and provides state-of-the-art products based on our in-depth understanding of local customer needs and consumer behavior, ensuring that each market receives the best-fit model.  Later this year, you can expect to hear more about new devices that will be available in the U.S.