While there’s a new version of the popular Ubuntu operating system every six months, the OS is based on Debian, a Linux-based operating system with a reputation for stability… and much slower updates.

It’s been more than two years since Debian 8 was released. And now Debian 9 is finally available.

The new operating system will be officially supported for 5 years. 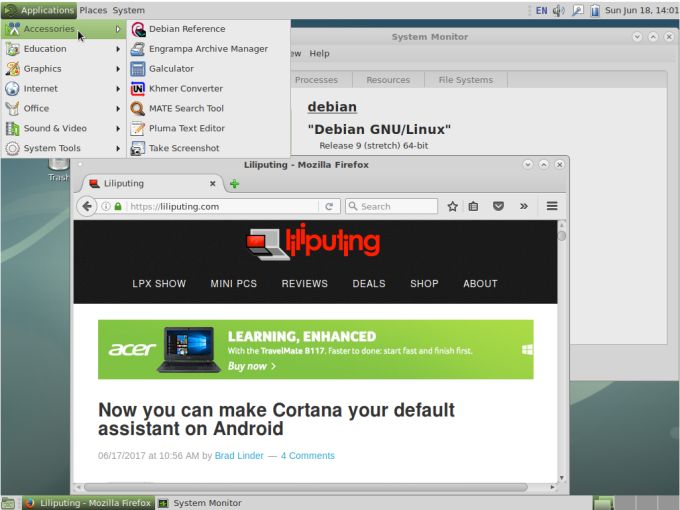 The latest version of Debian is codenamed “Stretch,” making it the latest in a long line of codenames drawn from the Toy Story series of movies.

Debian 9 is available for download with a choice of desktop environments including Cinammon, GNOME, KDE, LXDE, Mate, and Xfce and you can opt for a small installer file or a full-featured installation image that comes with a larger set of pre-installed packages.

Among other things, Debian 9 ships with the Firefox web browser and Thunderbird email client (rather than Iceewasel and Icedove, which are basically rebranded versions of those apps that shipped with earlier versions of Debian), improved support for UEFI, and updated versions of key applications including GIMP, LibreOffice, and desktop environment software.

Debian 9 also uses the Linux 4.9 kernel and the operating system supports 10 different architectures including ARM, MIPS, and x86. But support for 32-bit PowerPC systems has been removed.