The ASRock Beebox J4205 is a tiny desktop computer that supports up to three displays, making it an interesting option for digital signage, home office use, or as a home media center PC. 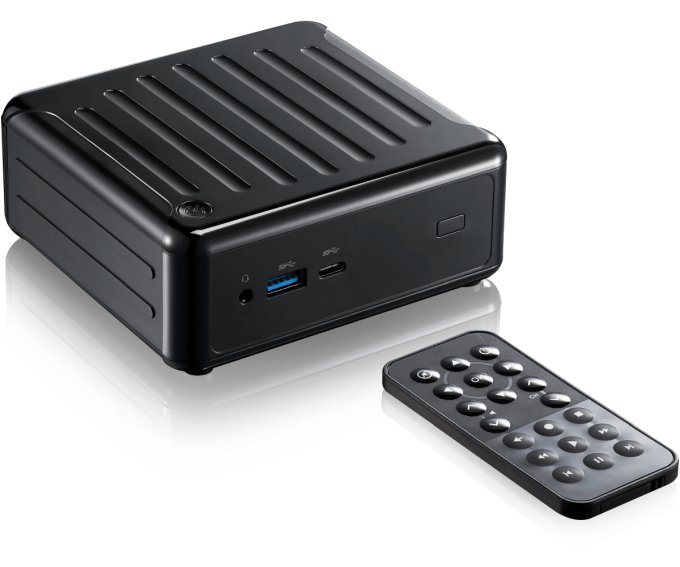 The little computer measures about 4.7″ x 4.3″ x 1.8″ and features a 10 watt, quad-core Intel Pentium J4205 Apollo Lake processor, which means this computer is basically an update to the 2015-era Beebox N3000 rather than the more powerful 2016 Beebox-S with a Kaby Lake CPU.

In other words, the Beebox J4205 will probably be cheaper and less powerful than some desktops in the Beebox lineup. But according to @FanlessTech there’s at least one down side: the new model is more powerful than the N3000, but it’s not fanless.

On the back of the computer there are two HDMI ports, a DisplayPort, two USB 3.0 ports, and a Gigabit Ethernet jack On the front there’s a USB 3.0 port, a USB 3.0 Type-C port, a headset jack, and an IR port for use with an IR remote control (which comes with the computer).

One more thing to keep in mind is that while there are two HDMI ports, one of them only supports 4K video output at 30 Hz and does not support audio output at all. The other supports both audio and 4K/60Hz video.