There was a very infomercial-like “how much would you expect to pay?” moment during yesterday’s unveiling of the Apple HomePod speaker.

High-end WiFi speakers from companies like Sonos typically cost $300 to $500, while smart speakers like an Amazon Echo or Google Home tend to cost between $100 and $200. So you might expect to pay $400 to $700 for a HomePod which combines aspects of both, right?

If you’re comparing to the speaker to an Amazon Echo that’s a pretty steep premium. And that’s basically the comparison we all expected to make when rumors of a Siri-powered Apple speaker started making the rounds. But it might not really be the best comparison to make. 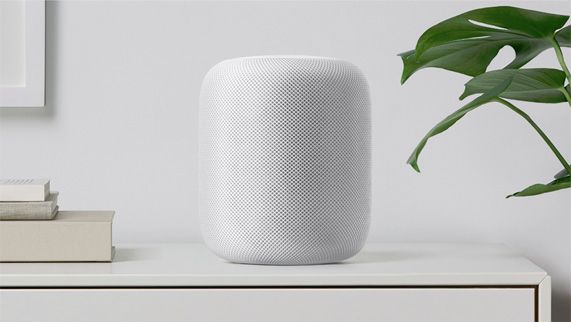 Apple says HomePod doesn’t just sound better than Amazon or Google’s speakers. It designed HomePod to compete with premium WiFi speakers from Sonos and others.

And while we’ll have to wait a while for detailed reviews from experts in home audio equipment, early impressions seem to be pretty positive. Plenty of tech journalists report that the HomePod is competitive, if not better than a Sonos speaker and makes the Echo and Google Home line of products seem like toys.

Viewed in that light, it’s probably best to think of the HomePod as a premium speaker with built-in Siri functionality. That’s how it’s priced, and that’s allegedly how it sounds. And from that point of view, $349 is actually a pretty competitive price.

Of course, not everyone wants to drop that kind of money on a single speaker. If all you want is a voice-activated device for news, weather, and traffic updates, question-and-answer, games, and maybe a little music thrown into the mix, Amazon and Google have much cheaper options to sell you.

And since Amazon and Google are making their Alexa and Assistant software available to third-party developers, we could eventually see smart speakers that do sound just as good as a HomePod in the future. Just don’t expect them to be as affordable as today’s Google Home/Amazon Echo/Tap/Dot devices.

5 replies on “Is Apple’s $349 HomePod overpriced? Maybe… maybe not”