Xiaomi has unveiled the Mi Max 2, an all-metal smartphone with a Qualcomm Snapdragon 625 processor, 4GB of RAM, and up to 128GB of storage.

But those aren’t the features that make the phone special. These are: it has a 6.44 inch display and a 5,300 mAh battery that the company says should be good for up to 18 hours of video playback, or around 2 days of battery life under normal conditions 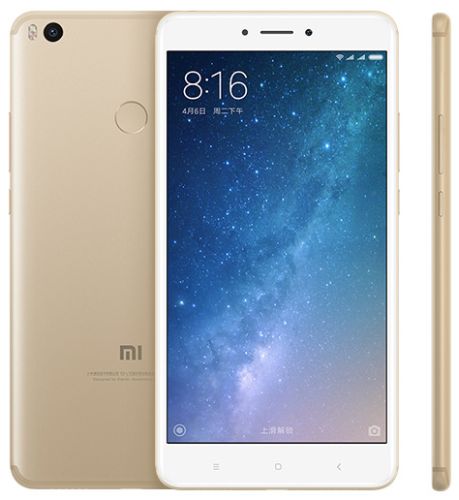 The Mi Max 2 is a follow-up to last year’s first-gen Mi Max, which also had a big screen and a big battery. But Xiaomi has outfitted the new model with an even bigger battery while also updating the processor, memory, speakers, and a few other features.

The new model supports Qualcomm Quick CHarge 3.0 technology, has stereo speakers, features a fingerprint sensor, and has an IR blaster that lets you use the phone as a remote control for TVs and other appliances.

On the back of the phone there’s a 12MP Sony IMX386 camera and on the front there’s a 5MP wide-angle camera with an 85 degree field of view. The phone supports 802.11ac WiFi, Bluetooth 4.2, and ships with Android 7.1 software and the latest version of Xiaomi’s MIUI user interface.

A model with 4GB of RAM and 64GB of storage sells for about $247 in China, while a 4GB/128GB model is priced at $291. Both versions also have a microSD card slot for removable storage.

Two features that are missing? NFC… and support for high-speed mobile networks in the United States.