It’s been nearly 5 years since Mozilla announced that it was going to stop investing heavily in development of the open source Thunderbird email application in order to focus on the much more popular open source Firefox web browser.

But over the years it’s become clear that Thunderbird isn’t exactly dead. Development of new features may have slowed down, but new versions of Thunderbird have been released regularly, with the most recent build for Windows, Mac, and Linux coming out less than two weeks ago.

Now after a multi-year process of looking for a new home, the Thunderbird Council has announced it’s found a new home: and it looks a lot like Thunderbird’s old home. 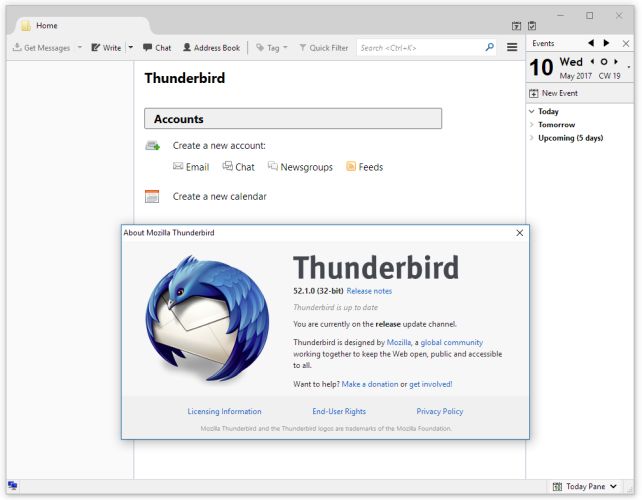 Mozilla will continue to be the “fiscal and legal host of the Thunderbird project,” but the Thunderbird Council will be in charge of technical decisions about the project. The Council has also begun generating its own revenue stream thanks to user donations.

While that may not be as lucrative as the advertising revenue generated by folks using the default search engine in Firefox, it sounds like the developers have decided it’s enough to help keep Thunderbird afloat.

There was a time when desktop email clients were pretty much the only game in town, but the rise of Gmail, Yahoo Mail, and Hotmail-style web services have changed that. Microsoft has even adopted the Outlook name for its web mail service.

But desktop email programs still have their fans, including users who would prefer not to leave email sitting on a remote server and would instead like to have more control over it.

The new arrangement means Mozilla will still offer some assistance to the community-based project, but in the future the Thunderbird Council may form a completely independent entity if the need arises. But the big takeaway here is that while Thunderbird has definitely become more of a niche product in recent years, it doesn’t look like development of the open source email client will cease anytime soon.