One of the most surprising things about Windows 10 is that there’s an option to load a Linux subsystem that lets you run Ubuntu software using a Bash terminal. The feature is aimed at developers who might want to use Windows, but also need to run command line Linux tools and don’t want to keep switching computers, rebooting their device, or running Linux (or Windows) in a virtual machine to do that.

The initial choice of Ubuntu made sense: it’s one of the most popular Linux distributions. But hackers have been figuring out ways to break out of the terminal and/or install alternate Linux-based operating systems from the get go.

Now Microsoft is making things a bit easier: the company is working with SUSE and Fedora to bring their Linux distributions to the Windows Store. 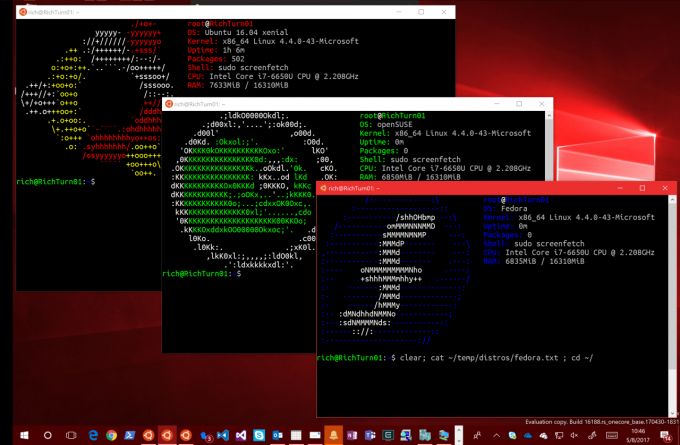 Microsoft also recently unveiled other updates to its Windows Subsystem for Linux (WSL) which should lead to better performance, the ability to install a distro to a secondary drive, and the ability to launch Windows apps from a Bash terminal or Linux programs from a the Windows PowerShell.

The company still isn’t officially supporting apps with a graphical user interface, but Microsoft also isn’t explicitly preventing anyone from trying to get them up and running. So expect the WSL hacking to continue.

The new WSL features should be available “in an upcoming Windows Insider build,” which will give beta testers a chance to try them out before they’re more widely available to the public.

2 replies on “Soon you’ll be able to use SUSE or Fedora on Windows 10, in addition to Ubuntu”