Samsung’s first Chromebook with an Intel Core M processor and a convertible tablet-style design is just about ready to go. Amazon, B&H, and Newegg are all taking orders (or pre-orders) for the Samsung Chromebook Pro for $550.

The laptop looks virtually identical to the $450 Samsung Chromebook Plus that launched earlier this year, but while the Plus has an ARM-based processor from Rockchip, the Chromebook Pro has an Intel Core M3-6Y30 Skylake processor which should offer better performance… for some tasks. 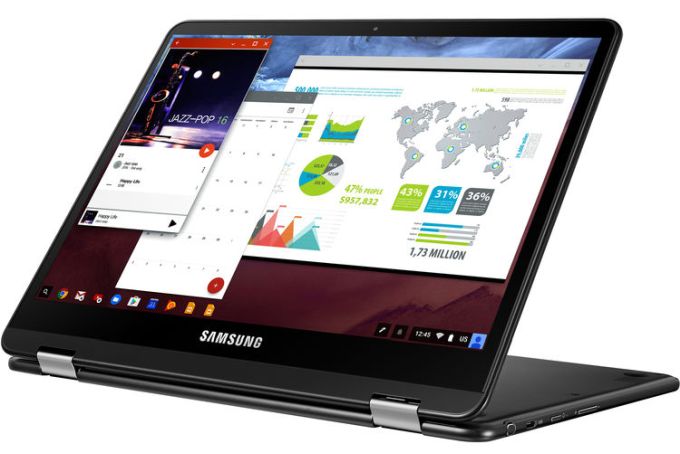 One of the key selling points for convertible Chromebooks is their support for Android apps, which are optimized for touchscreen displays. But Android-on-Chrome OS is still a beta feature, and there have been some recent supports suggesting that Android apps currently run better on Chromebooks that have ARM processors than on those with Intel chips.

That said, if you’re more interested in running Chrome OS itself and/or Ubuntu or another Linux-based operating system, the Samsung Chromebook Pro is a pretty nice looking machine.

The notebook isn’t just competing with Samsung’s ARM-powered model though. Earlier this year Asus launched the Chromebook Flip C302, which features a Core M3 Skylake CPU, 4GB of RAM, and 64GB of storage.