Samsung introduced two premium Chromebooks at the Consumer Electronics Show in January. The first went on sale months ago. Now you can finally pre-order the second.

The Samsung Chromebook Pro is up for pre-order from Amazon for $550. 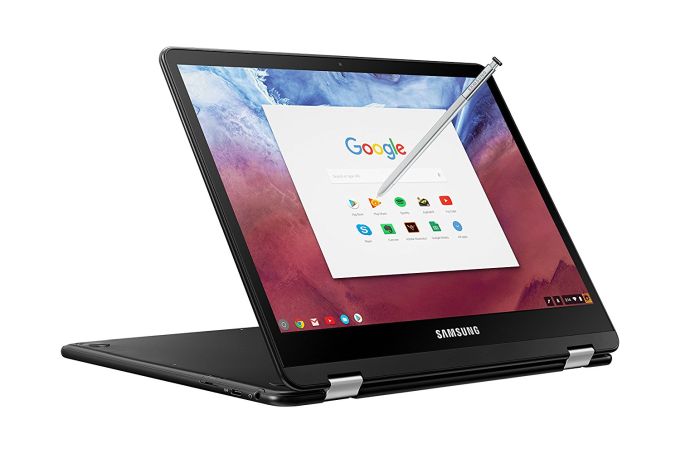 Measuring about 0.6 inches thick and weighing about 2.4 pounds, the Chromebook Pro also features a convertible hinge that lets you fold back the screen and hold the compact laptop as a tablet. And it comes with a Samsung Pen for writing or drawing on the display.

Like most recent Chromebooks, the Samsung Chromebook Pro is designed to work with the Google Play Store and Android apps… although Google still describes Android app support for Chrome OS as beta software.

As for the other Chromebook Samsung unveiled in January? It’s virtually identical in every way but two: