YouTube may have gotten its start as a hub for user-generated videos, but over the years it’s also become a go-to destination for streaming music fans. Type just about any song or artist into the online video site and odds are that you’ll find a video.

But if you use the official YouTube app on your phone, the song will stop playing as soon as you switch to another app… unless you pay $10 per month for a YouTube Red subscription.

There are a handful of third-party workarounds though. One of the most popular is an unofficial YouTube app for Android called OGYouTube. For years, it’s provided a way to download videos or stream YouTube audio in the background, among other things. But now OGYouTube is shutting down. 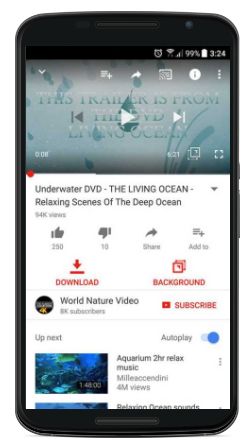 The developer announced this week that OGYouTube v3.5 would be the last version of the app, and it will be removed from the OGMods website this week as well.

The announcements reads “This is the last update for OGYT, and I’m shutting it down, because it’s infringing YouTube terms of services,” which strongly implies that Google pressured the developer to make this move.

It’s unclear if the app will continue working properly after it’s removed from the server, but the internet being what it is, I suspect you’ll be able to download the final version from third-party sites for a while.

What’s kind of remarkable is how long this app has been around, given that it not only changes the default behavior of Google’s online video service, but also infringes on the name: using “YouTube” in the name of your app is usually a no-no. The app’s user interface was also virtually identical to that for the official YouTube app.

OGYouTube isn’t the only third-party YouTube app that’s probably in violation of Google’s terms of service. But it’s certainly been one of the more popular options over the years.