Google Android O Developer Preview 2 is now available for recent Nexus and Pixel devices, and there are a few different ways to get it. You can register your device with the Android O Beta program and wait for an over-the-air update. Or you can download the OTA update or factory image for your device.

Once installed, you can kick the tires on the next version of Android before it’s made widely available to the public. And if you’re the adventurous sort you can also root it. 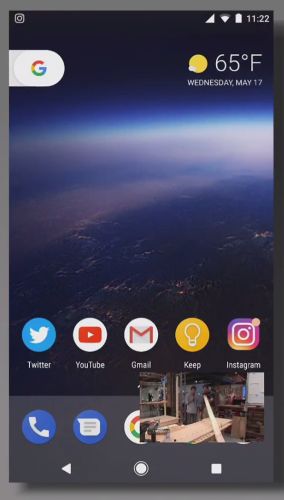 Magisk is a relatively recent alternative to the venerable SuperSU tool for rooting Android devices. It’s become popular because not only does it grant root permissions, but it can also hide the fact that a device is rooted from certain apps (like the most recent version of Netflix, for example).

In recent years I’ve pretty much given up on rooting my phones or installing custom ROMs, because stock software tends to do everything I need. But I do like to unlock the bootloader on my device to make it easy to install a custom ROM or recovery down the road if my device eventually becomes unsupported. So far the older version of the Netflix app continues to work on my phone. But if this is the start of a trend toward developers blocking access to devices with unlocked bootloaders, (which it might be), then I might have to seriously consider going back to rooting my phone and using a tool like Magisk to cover my tracks in the future.

Want to give Android O DP2 a try and don’t care about root or custom recovery issues? Just make sure to backup your data first: you should be able to install an OTA update without losing any data, but if you decide to roll back to an earlier version of Android then your data will be wiped.

The xda-developers portal has a pretty good run-down of new features in the latest preview… as well as evidence that Android O may incorporate a theme engine first developed by Sony.

One reply on “Now you can download, install, and root Android O Developer Preview 2”