Microsoft’s new Surface Pro tablet may be a modest upgrade over the previous model, but one component has received a major update: the Surface Pen.

The new Surface Pen is more sensitive, introduces tilt detection for shading, and offers what Microsoft says is a more paper-like writing experience with virtually no lag.

There’s just one catch: the new Surface Pen doesn’t come with Microsoft’s Surface Pro tablet. It’s sold as a separate accessory, which means the $799 starting price for the Surface Pro is for the tablet alone. You’ll have to pay extra for the pen and/or keyboard cover. 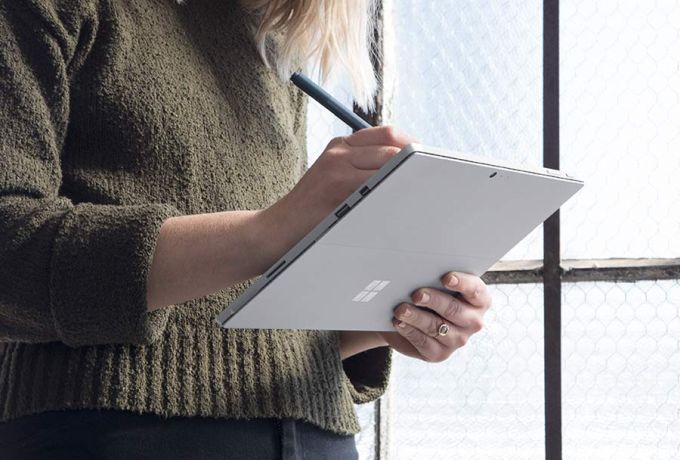 It kind of makes sense to unbundle the Pen: Microsoft says less than a third of Surface customers actually use it. That would help explain why the company started offering an entry-level Surface Pro 4 without a pen recently.

Offering the Pen as a separate accessory could theoretically help keep the price of the tablet low for folks that don’t need a pen… although the $799 starting price for the 2017 Surface Pro is still pretty steep when compared with other modern tablets.

The new Surface Pen supports 4,096 levels of pressure sensitivity, 21 milliseconds of latency, and comes in four color options (blue, black, burgundy, and platinum, and communicates with a Surface device via Bluetooth 4.0.

Microsoft says the new Surface Pen is compatible with just about every Surface device released in the past few years, including:

But while the new pen brings more degrees of pressure sensitivity and the new tilt detection feature to any device, the 2017 Surface Pro is the only device to feature Microsoft’s new Pixelsense Accelerator chip so far. That chip can “run Windows Ink acceleration code natively on hardware,” which helps reduce pen input latency. So don’t expect the Windows Ink experience to be quite as good on older devices.

The Surface Pen isn’t the only accessory that will work with the upcoming Surface Pro. Microsoft’s tablet will also be compatible with a new set of Type Covers and the Surface Dial accessory. And if you’re lamenting the lack of USB Type-C ports on the new tablet, Microsoft has an answer: an official USB Type-A to Type-C dongle is on the way.

It’s probably easier just to buy a Type-C to Type-A cable if you’re hoping to charge your phone from the new tablet though.