Hewlett Packard Enterprise has unveiled a prototype of The Machine, which is the company’s name for what it’s calling “the world’s largest single-memory computer.”

What that means is there’s no distinct RAM and storage. Instead the system has 160 terabytes of memory which allows it to process huge amounts of data quickly. HPE says the architecture could be scaled up to handle even larger amounts of memory. 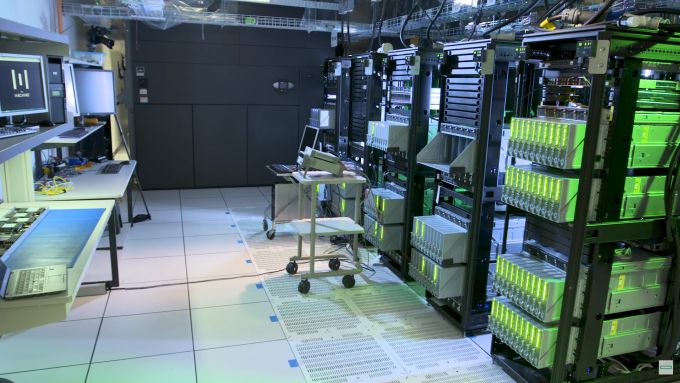 It’s worth noting that The Machine does not use memristor technology, which was originally a goal for the project. But it does use non-volatile memory, which offers the kind of speed you usually get with DRAM memory and the ability to preserve data when the power is turned off that’s usually associated with SSD or hard drive storage.

The Machine takes advantage of what HPE calls “memory-driven computing,” allowing multiple CPUs to access the same pool of memory/storage so that data doesn’t need to be moved around while in use. 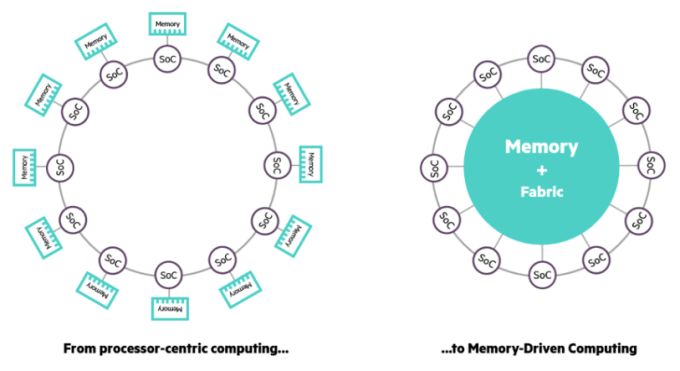 The prototype computer has 1,280 64-bit ARM-based ThunderX2 CPU cores from Cavium and runs a Linux-based operating system. And it uses “photonics” to transmit data via optic fibers rather than by sending electronic impulses through copper wire. HPE says that leads to higher efficiency, faster data transfer, and smaller size.

For now, this is aimed at data centers rather than end users. But the technology HPE is developing for The Machine could eventually find its way to consumer products.

HPE isn’t the only company working on non-volatile memory that blurs the lines between memory and storage, for example. And while Intel’s first 3D XPoint storage solution was designed for enterprise markets, it didn’t take long for Intel to announce a consumer-oriented product (even if it seems like more of intermediate step than a full-fledged replacement for existing technologies).