One of the most distinctive features of LG’s V10 and V20 smartphones is the secondary “ticker” display above the screen. This always-on display can be used to show notifications, app icons, or other content even when the primary screen is off.

But it’s possible the upcoming LG V30 could have a much more versatile secondary display. Evan Blass has shared a set of images showing an early concept design for “Project Joan,” which he says is a codename for LG’s next high-end phone. 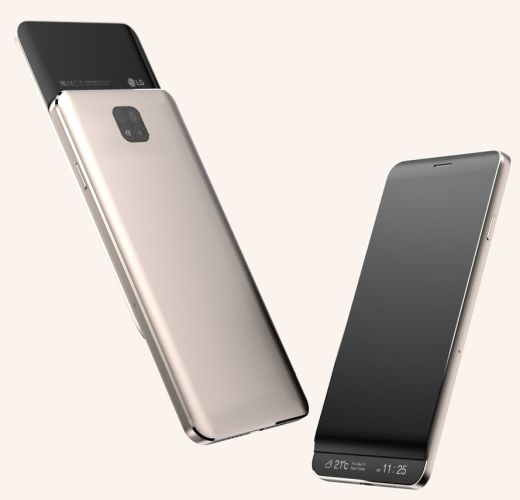 At first glance, it just looks like the second screen has been moved to the bottom of the phone, where you can see the time, temperature, and other notifications in the image above. But Project Joan is actually a slider.

Push the primary display up and a larger portion of the bottom screen is revealed, allowing you to view a set of app icons. 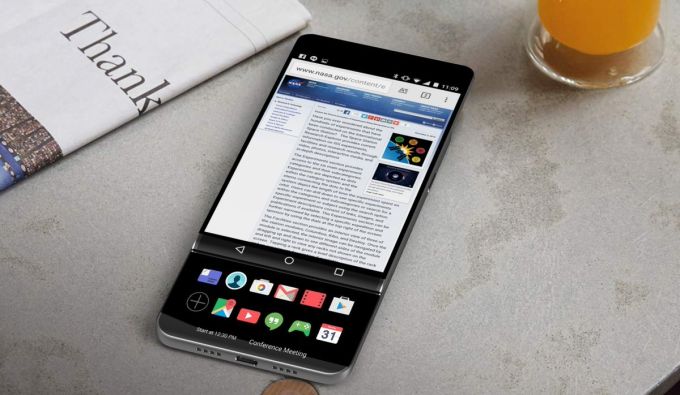 Theoretically this sort of system could also be used to display an on-screen keyboard, giving you more screen real estate on the primary display while you type. Project Joan looks sort of like the BlackBerry Priv… except you don’t just get a keyboard when you slide the display. You get a second display.

Blass says it’s not clear whether LG still plans to implement this sliding-second display in the LG V30. He describes the images as “an old-ish mockup.”