This week Microsoft introduced a new version of Windows 10 which is designed for education, but available to anyone willing to try an operating system that’s a bit more locked down in exchange for the promise of better performance and security.

Windows 10 S can only run apps downloaded from the Windows Store, which limits the number of apps you can run on the operating system. But since those apps run in a containerized environment, it’s tougher for malware to infect your computer and software is less likely to have an unexpected impact on your computer’s boot time, among other things.

It’s easy to think of Windows 10 S as a stripped-down version of Microsoft’s operating system. But it actually includes some features that Windows 10 Home lacks.

So how does Windows 10 S compare with Windows 10 Home, and Windows 10 Pro? And for that matter, what about Windows 10 Enterprise and Education editions? 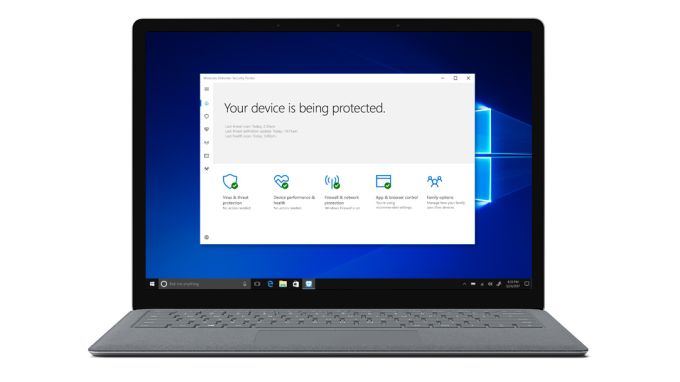 Before Microsoft launched Windows 10 in 2015, the company spelled out some of the differences between the Home, pro, Enterprise, and Education editions. Now you can add Windows 10 S to that list.

The Enterprise and Education editions are designed for businesses and schools, and include a number of features that home users wouldn’t need, including device Guard, Credential Guard, and AppLocker.

Windows 10 Pro, meanwhile, has some business-friendly features including Enterprise Data Protection, Group Policy management, Bitlocker Encryption, and Windows Remote Desktop software. None of those features are included in Windows 10 Home… but some of them are available in Windows 10 S.

That makes sense, since Windows 10 S isn’t just a version of Windows 10 that does less… it’s also designed for use in the classroom, and it seems likely that moving forward Microsoft will push Windows 10 S as an alternative to the Windows 10 for Education edition it had previously offered.

While the Windows 10 S comparison chart Microsoft offers isn’t as detailed as the Windows 10 Enterprise comparison we got a few years ago, I’ve put together a chart that highlights some of the key known differences between each version of Windows.

If anything, it’s more like a stripped down, cheaper version of Windows 10 Pro.There are a few things that Microsoft hasn’t really spelled out yet about Windows 10 S, like whether the operating system supports Continuum (although I can’t imagine why it wouldn’t), so this chart isn’t 100% complete. But it should give you an idea of the differences between operating systems… and make it clear that Windows 10 S isn’t necessarily just a stripped down, cheaper version of Windows 10 Home.

2017 Update: Here’s a chart showing some of the key features of Windows 10 S, Home, Pro, Enterprise, and Education editions: