Right now when you fire up a web browser and want to use it to do just about anything you have to connect to a remote server to run an application. That’s what happens when you try to read a news article, play a video, listen to music, play a game, or even emulate a classic operating system (so you can play games).

But the folks at Blockstack want to help build a decentralized internet where you don’t need to connect to a server owned by Google, Microsoft, Amazon, or anyone else to run apps. Instead, a group of computers could just speak to one another… but you could still read the news, stream media, play games, and do much more.

The company has released an early version of a browser plugin called Blockstack Browser that’s aimed at developers. The goal is to release a more consumer-oriented version in about half a year, after developers have had a chance to create apps for the new platform. 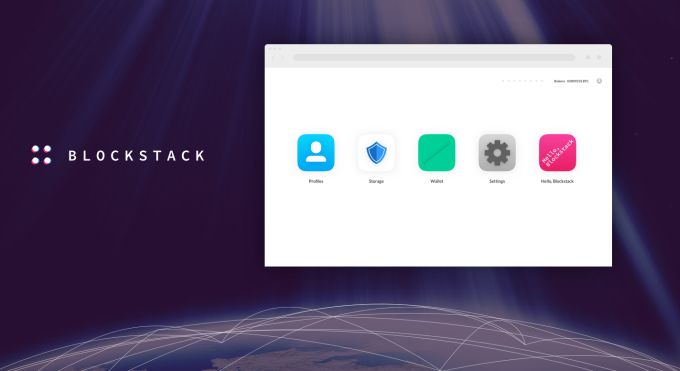 Despite the fact that it has “browser” in its name, the Blockstack Browser isn’t a standalone web browser. Instead it’s a plug-in for Chrome, Safari, or Firefox.

Once installed, it enables secure peer-to-peer communications using blockchain technology similar to the system used by Bitcoin, one of the first (and still the most popular) cryptocurrencies.

The idea is that the internet as we know it puts a huge amount of power into the hands of a relatively small number of companies (such as Google, Facebook, Microsoft, and Apple). The Blockstack Browser could theoretically let a developer create a Twitter or Facebook-like service that doesn’t exist on a centralized server. Instead it would be distributed across a network of computers.

Rather than storing your data on multiple PCs spread around the internet though, which could slow down performance, Blockstack has come up with a system that divides up your data into distinct components and encrypts it so that it cannot be read by anyone but you, but then stores it in cloud storage services like Dropbox.

If the system takes off, it could lead to a series of internet applications that offer users more control over their data and privacy and which make it tougher for governments in countries like China and Iran to restrict internet access (since you can’t simply block access to a single server).

That’s a big if, but it’s not hard to imagine technology like this becoming popular with a subset of internet users. Most people don’t use cryptocurrencies like Bitcoin or anonymous browsing tools like Tor, but there are a lot of people who do… and they’re probably among those most likely to be interested in a Blockhain-based browser system.