Your home WiFi router might be one of the most important gadgets in your house. But most routers aren’t exactly attractive, so they tend to get hidden away behind furniture or under a desk… which can hurt performance.

A handful of companies have tried to make routers that look good enough to earn a prominent placem in your home. And now Asus is taking a new approach with a router that looks… well, it sort of looks like one of Dyson’s bladeless fans.

It’s called the Asus Blue Cave, and for some reason there’s a hole in the center. 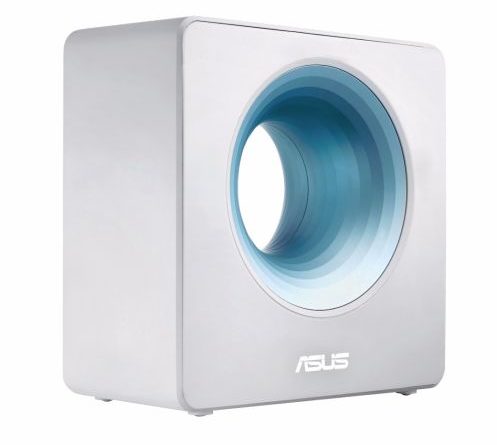 The 802.11ac router supports AC2600 speeds and also functions as a wired adapter, with four Ethernet out ports (as well as one Ethernet in jack for connecting your modem). There’s also a USB port.

Asus says you can use a phone or tablet to monitor network activity and security reports, or use a Family Overview feature to monitor and control your kid’s access to the internet. The router also supports IFTTT.