One of the things I miss most about old-fashioned PDAs and MP3 players is the physical buttons that let you easily pause music, skip tracks, or do other things without taking your phone out of your pocket and unlocking the screen.

Smartwatches and voice assistants are sort of reviving the idea of interacting with your mobile devices without touching them. But the makers of Tapdo have another idea.

Tapdo is basically a tiny wireless fingerprint sensor that lets you perform up to 20 different programmable functions by assigning each action to a different part of your finger. 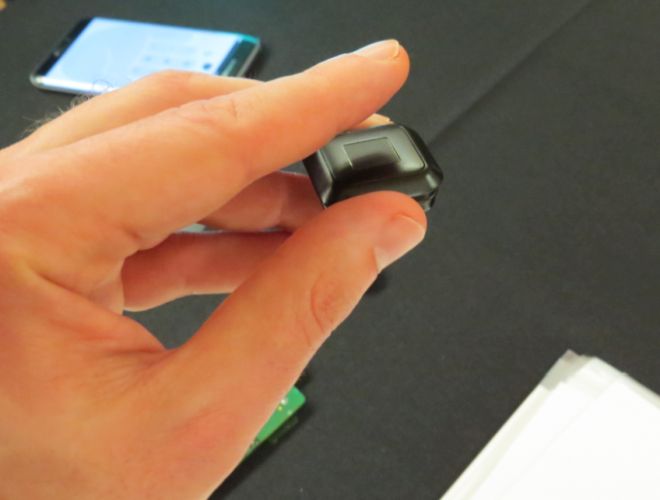 The Tapdo is expected to ship in September with a retail price of about $140, but the developers are currently running a Kickstarter campaign which lets early birds reserve one for as little as 100 Euros (about $107).

Among other things, you can:

The developers also plan to add support for Spotify, find my phone, snapping a photo, accepting or rejecting calls, and IFTTT, among other things.

Tapdo runs on a CR2032 coin cell battery and should get up to 6 months of battery life. It connects to smartphones via Bluetooth 4.2 LE, and it’s powered by an ARM Cortex-M4F microcontroller with an encryption module. There’s also a vibration motor.

It can fit into a wrist strap, allowing you to wear the device like a watch or bracelet. But there are also plans to offer a clip that will let you connect the tiny button to clothing or other wristbands if you’d rather not wear a band just for the button.