Most of Samsung’s smartphones may ship with Google Android software, but over the past few years the company has been developing an alternate operating system called Tizen which runs on some low-end phones… as well as most of Samsung’s smartwatches, Smart TVs, and other smart home products.

Developing Tizen mostly in-house gives Samsung more control over the Linux-based operating system than the company has over Android. But according to a report from Motherboard, there may be at least one big problem with this strategy: the Tizen software Samsung uses is currently a security nightmare. 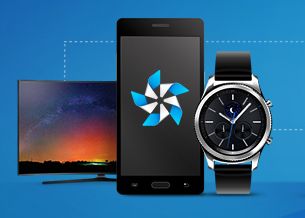 Specifically, a security researcher tells Motherboard that he’s already discovered 40 zero-day vulnerabilities in the Tizen code. That means these are security flaws that have not been previously disclosed, and which could be use to infect your device with malware.

Since the Motherboard article was published, Samsung has responded that it’s interested in working with that security researcher to fix the code and make it more difficult for someone to remotely take control of your Tizen devices… but if a single researcher was able to find 40 vulnerabilities in less than 8 months, it might be a sign that Samsung needs to seriously step up its own internal processes for developing secure code.

Tizen is an open source operating system with backing from a number of companies including Huawei, Fujitsu, Panasonic, and several wireless carriers. But Samsung is the only company currently shipping devices that run the operating system.