Pipo’s been selling a line of weird mini-desktop computers featuring built-in touchscreen displays. They’re kind of like thick tablets with lousy battery life and full-sized ports. But there are a few good reasons for the design: they qualify for the free Windows licenses Microsoft offers for small touchscreen devices (which are usually tablets), and you can use them with or without an external display.

This year Pipo is showing off two new models at the Hong Kong Global Sources Fair, and Notebook Italia has details about a new Pipo X10 featuring support for an optional digital pen, and a Pipo X11 which is a slight upgrade to an older model called the X9. 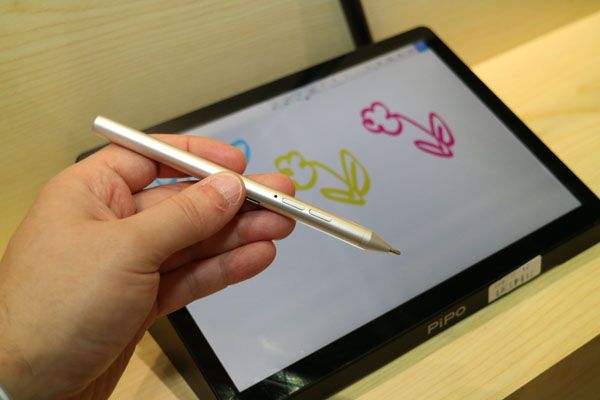 Both systems feature Intel Atom x5-Z8350 Cherry Trail processors and support 2GB to 4GB of RAM and 32GB to 64GB of eMMC storage, and both can run Windows 10 and/or Google Android 5.1 software.

The reason I keep calling this the new Pipo X10 is because it’s an upgraded version of an older device with the same name. What’s new? The active digitizer which allows you to purchase an optional pen (sold separately) for writing or drawing on the display.

You can use your fingers to interact with the touchscreen whether or not you opt for the pen. It supports 5-point multitouch input.

These are unusual little gadgets that aren’t necessarily going to appeal to everyone… especially given their aging Intel Atom processors (a spec bump to new Apollo Lake chips would have been nice). But they aren’t expect to cost much more than a screenless mini-PC, with prices likely to run between $199 and $249. So if you’re in the market for a cheap, low-power, compact PC, I guess it’s nice to have the option of grabbing one with a built-in display.