Nintendo’s next handheld game console is coming this summer. It’s a $150 dual-screen console called the Nintendo 2DS XL, and it’s basically what you get if you take a 3DS XL and drop the 3D effects.

The new system should be available starting July 28th in the US, following a July 13th launch in Japan. 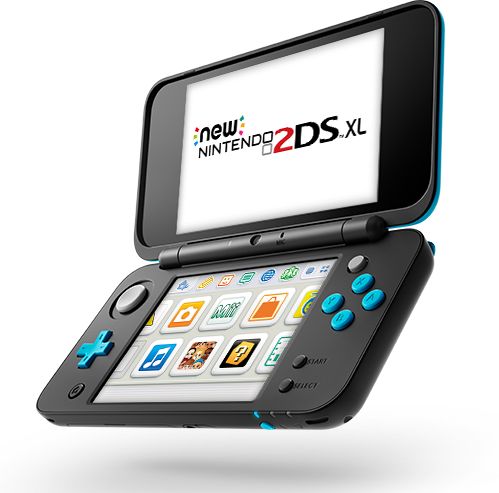 You’ll be able to play games designed for the Nintendo DS or Nintendo 3DS on the new system, but they’ll only render in 2 dimensions.

Nintendo isn’t claiming that this new model is a replacement for any of its other systems, but the price makes it a cheaper alternative to the “New 3DS XL” which currently sells for around $200 to  $250 and pricier than the entry-level 2DS, which goes for about $80.

The Nintendo 2DS XL has a clamshell design and displays that are more than 80 percent larger than those on the 2DS. Like other DS systems, the handheld game console features physical buttons and a touchscreen, and support for amiibo cards and figures.

At a time when many folks have turned to their phones for gaming-on-the-go, it seems like Nintendo still sees room for another handheld game console.

And the company has sort of been on a roll lately, so I wouldn’t want to second-guess any of Nintendo’s choices.

This year’s Nintendo Switch hybrid game console has been selling well, and last year’s NES Classic retro console was such a hot item that it became virtually impossible to find in stores.

Nintendo’s initial forays into the smartphone gaming space have been met with mixed reviews, but an awful lot of people have at least downloaded Super Mario Run for Android and iOS.