Rumor has it that HTC will soon launch a phone with high-end specs and a distinctive feature called Edge Sense. The HTC U is said to have sensors along the left and right bezels that will let you control some of the phone’s functions by squeezing.

Now Android Headlines has published more details about the phone, giving us a better idea of what you the Edge Sense feature can do. The information comes from a set of documents that are reportedly “preview materials” for the upcoming phone. 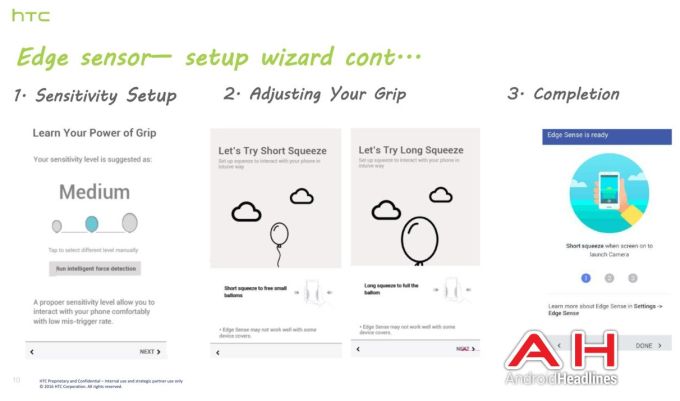 First up, the phone can differentiate short and long squeezes, which gives you two different ways to interact with the phone without touching the screen.

You can then assign different actions to each type of squeeze. Some of the options including:

In addition to the Edge Sense feature, there’s also a touch sensor in the home key that can detect fingerprints.

One reply on “More HTC U smartphone details leaked, including Edge Sensor features”