When Google Earth first launched in 2004, it sort of seemed like magic: a 3D globe that allowed you to zoom in on just about any location on the planet.

Over the years Google has made improvements to the imagery and the technology that powers the experience, incorporated features from the web-based Google Maps service, and launched mobile versions of Google Earth.

Now Google is launching a major update to Google Earth just a few days ahead of Earth Day. The new experience is available through a web browser or the Google Earth app for Android. 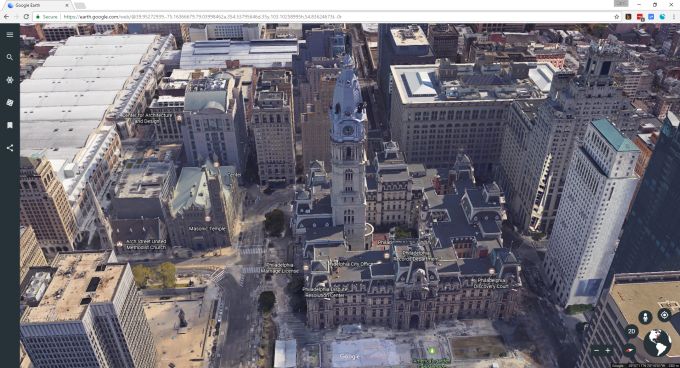 Desktop users can still download and install the Google Earth program, but the biggest update is that the web-based version works in Chrome without the need to install any standalone software.

You can navigate the web-based version with a mouse, but it also supports touch-based gestures, which I find to be an easier way to zoom, pan, and navigate if you happen to have a touchscreen device.

You can toggle between 3D, 2D, and Street View photographic views of many areas. And when you navigate to significant spots you can read Knowledge Cards to learn more about those places.

Another major update is a feature called Voyager, which is a set of interactive guided tours developed by Google partners including BBC Earth.

Google Earth VR is also getting an update with new navigation features and more than 2 dozen additional highlighted locations to explore.

One reply on “Google Earth gets major update for web, Android with guided tours”