It’s been almost two years since Facebook unveiled its M digital assistant software for Facebook Messenger. Initially only available to a small group of testers, M is now launching for everyone in the US.

So what does that mean? Basically that M will analyze your chats and try to suggest relevant content.

It’s basically the 2017 version of Microsoft’s Clippy, but instead of “it looks like you’re writing a letter,” M can suggest stickers, mobile payments, location sharing, or ride sharing, among other things. 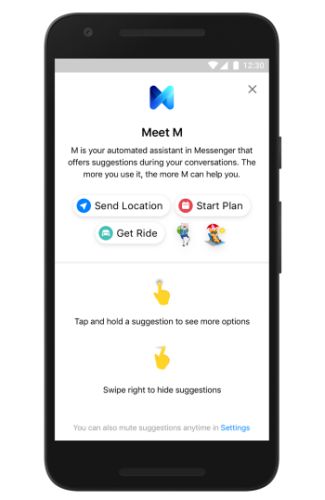 M uses machine learning to figure out which suggestions might be most helpful depending on your conversation. That means suggestions should get better over time the more people interact with M.

But it remains to be seen whether most people will end up seeing M as a useful time-saving tool (like auto-suggested words in smartphone keyboard apps) or as a service that’s butting in when you don’t need it (like Clippy).