Chinese smartphone maker Elephone is showing off pictures of a new phone that looks more than a little like rival Xiaomi’s Mi Mix.

Like the Mi Mix, Elephone’s new device has super-slim left, right, and top bezels with a bit of a bezel below the screen. But the Elephone model has one thing Xiaomi’s phone does not: a physical home button. 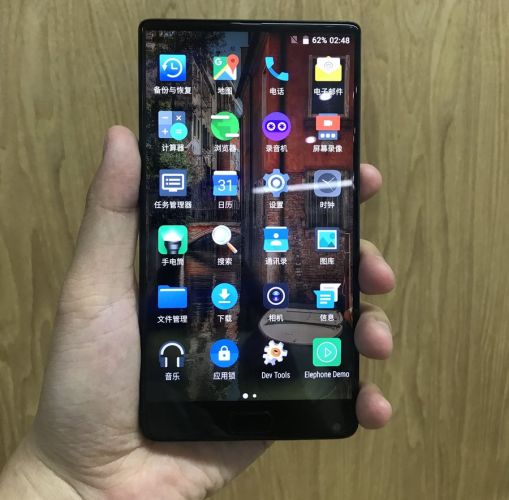 Elephone hasn’t said anything about the new phone’s specs, but GizmoChina reports that it has an 18:9 display, much like the LG G6. And thanks to the slim bezels, it should be possible to squeeze a large screen into a phone with the same physical dimensions as a smaller model with thicker bezels and/or a 16:9 screen.

There’s no word on the price or release date for the phone. But for me the phone is mostly interesting as a showpiece that demonstrates the type of hardware Chinese manufacturers can produce these days.

While you can buy some Elephone devices outside of China, most of the company’s phones lack support for 4G LTE networks in the United States.