Chuwi introduced a line of Surface-inspired tablets earlier this week, and now the company has confirmed plans to sell the SurBook tablet in the US through an upcoming Indiegogo crowdfunding campaign.

According to a promotional website, the Windows tablet has a 12.3 inch, 2736 x 1824 pixel display, an all-metal design, a built-in kickstand and support for a pressure-sensitive pen and detachable keyboard. It’s clearly not just the name that’s inspired by Microsoft’s Surface tablets.

Other specs suggest the tablet will be cheaper than most Surface models though. 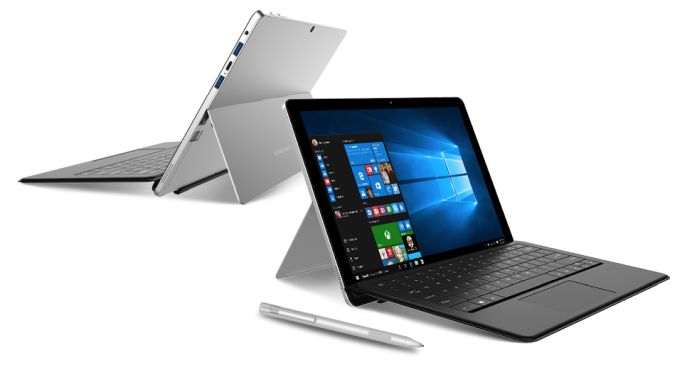 The tablet is powered by an Intel Celeron N3450 Apollo Lake processor for instance. That quad-core chip should offer better performance than the Intel Atom chips used in some older entry-level Surface tablets, but it’s not as powerful as the Core M3 chip used in the entry-level Surface 4 Pro.

There are two full sized USB 3.0 ports and a USB Type-C port and the tablet has a 5MP rear camera and 2MP front camera.

Chuwi hasn’t announced pricing yet, but plans to offer early-bird deals when the crowdfunding campaign goes live. People who sign up to be notified of the campaign’s start date are also entered into a contest to receive one of two free SurBook tablets.