Acer is unveiling its back-to-school product lineup at an event in New York City today. The company has several new Switch 2-in-1 laptops, a few new thin and light Swift laptops, and a bunch of new gaming PCs.

But there are also a few surprises, including a fanless all-in-one desktop computer and a handheld 360-degree camera with WiFi, 4G LTE, and an Android-based operating system. You can use the Holo 360 camera to shoot 360-degree videos and upload them right away, and you can even use the camera to make phone calls. 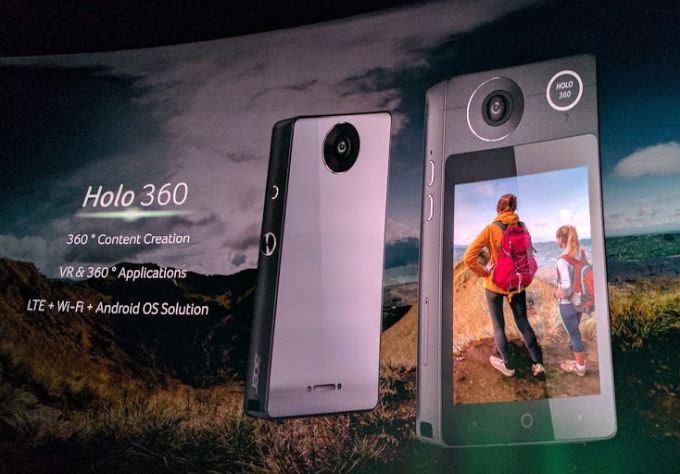 Other new products include a gaming laptop called the Acer Predator Triton 700 which measures 18.9mm thick and features a Kaby Lake CPU (with support for overclocking) and NVIDIA GeForce 10-series graphics along with two Acer AeroBlade 3D fans to help keep things cool.

There’s also an unusual design with a clear glass touchpad above the keyboard, which lets you see the guts of the PC.

Acer is expanding the Switch line of 12″ Windows tablets with built-in,, adjustable U Hinges with an entry-level Switch 3 and a premium Switch 5.

The Swift line of portable notebooks includes a new thin-and-light Swift 3 with GeForce graphics , 14 or 15.6 inch display options, and up to 10 hours of battery life and an entry-level Swift 1 with a 13.3 inch full HD IPS display.

And the Acer Aspire U27 is a new fanless all-in-one desktop with silent operation thanks to the same LiquidLoop cooling system used in the Switch and Swift products.